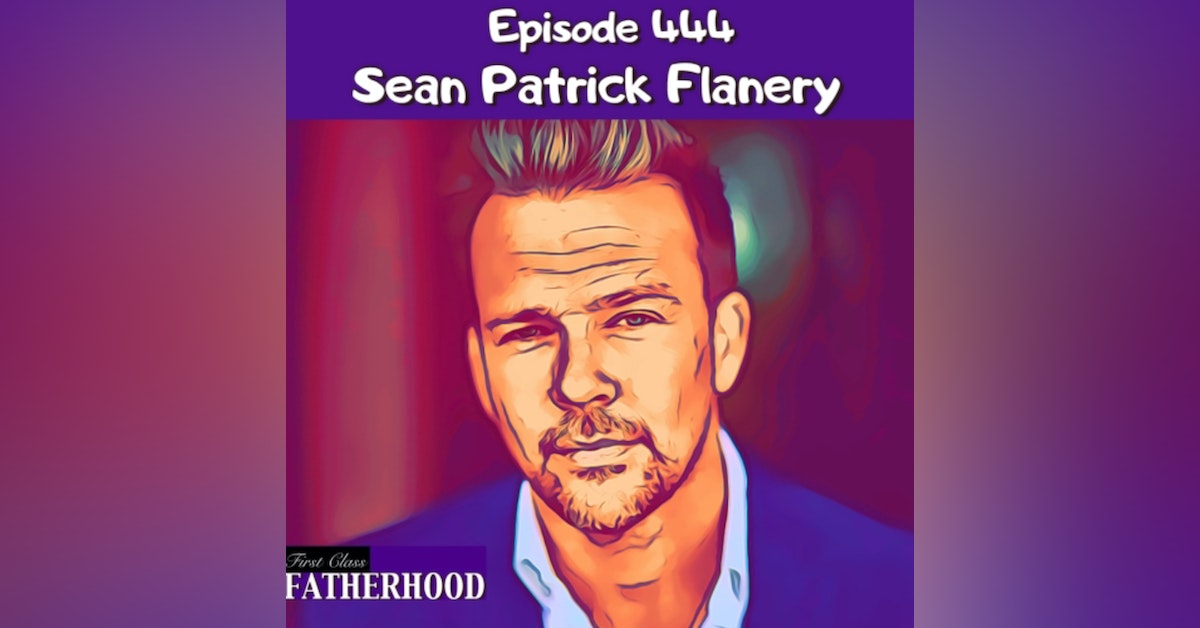 Episode 444 Sean Patrick Flanery is a First Class Father, actor, writer, producer and martial artist. He has starred in films such as “The Boondock Saints” and its sequel “The Boondock Saints II: All Saints Day”. He played Indiana Jones in the ABC television series “The Young Indiana Jones Chronicles” and won a Daytime Emmy Award for his role as Ty Garrett on “The Bay”. Sean recently wrote, produced and starred in “Born A Champion” which is a mixed martial arts drama that focuses on Fatherhood, Faith, Family, Love and Legacy. Sean is a black belt in Brazilian Jiu Jitsu and performs all his own stunts in the fight scenes of the film which has enjoyed tremendous feedback from critics. In this Episode, Sean shares his Fatherhood journey which includes three children. He discusses why it was important for him to introduce martial arts to his kids. He describes his parenting philosophy on giving his kids an unfair advantage in life. He talks about the Fatherless Crisis and why men need to get serious about selecting their parenting partners. He tells us why he decided to make the movie, “Born A Champion” and the feedback it has received. He offers some great advice for new or about to be Dads and more! BORN A CHAMPION - https://watch.amazon.com/detail?asin=B08TB7NP4Y&territory=US&ref_=share_ios_movie&r=web MY PILLOW - https://www.mypillow.com Promo Code: Fatherhood Save Up To 66% Off 1-800-875-0219 More Ways To Listen - https://linktr.ee/alec_lace First Class Fatherhood Merch - https://shop.spreadshirt.com/first-class-fatherhood-/we+are+not+babysitters-A5d09ea872051763ad613ec8e?productType=812&sellable=3017x1aBoNI8jJe83pw5-812-7&appearance=1 Follow me on instagram - https://instagram.com/alec_lace?igshid=ebfecg0yvbap For information about becoming a Sponsor of First Class Fatherhood please hit me with an email: FirstClassFatherhood@gmail.com --- Support this podcast: https://anchor.fm/alec-lace/support