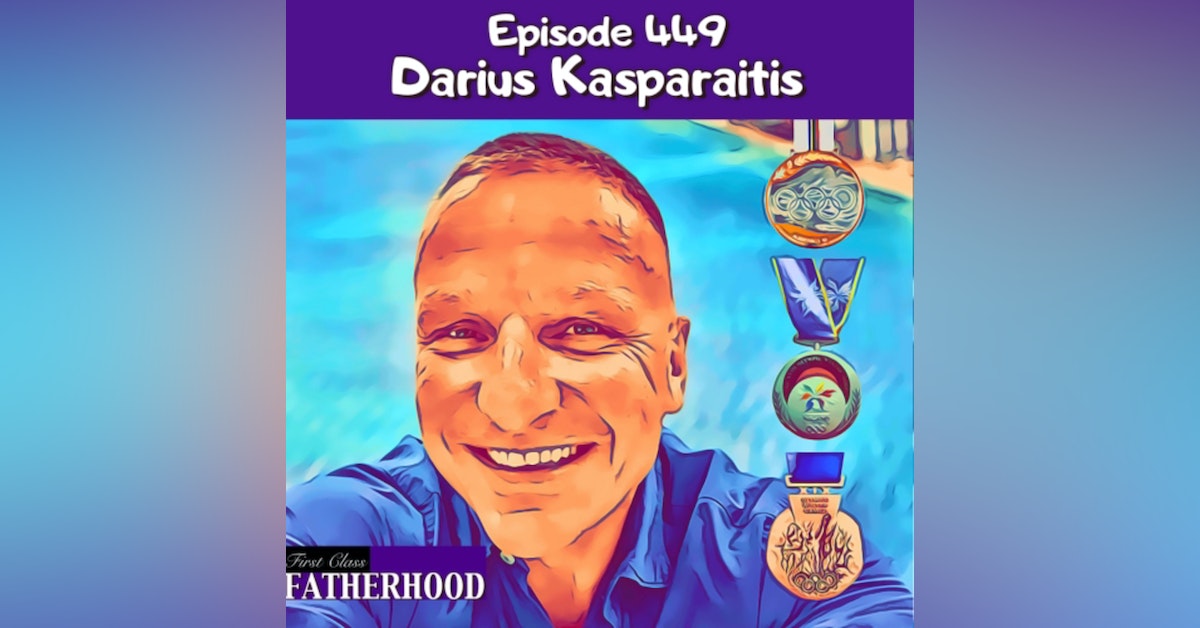 Episode 449 Darius Kasparaitis is a First Class Father and former Professional Hockey Player. He was drafted by the New York Islanders with the 5th overall pick of the 1992 NHL and went on to have a tremendous career as a defenseman. He also spent time with the Pittsburgh Penguins, Colorado Avalanche, and New York Rangers. Darius is a four-time Olympian and three-time medalist, winning one gold medal, one silver medal, and one bronze medal. He received the title of Honoured Master of Sports of the USSR in 1992 and was inducted into the Russian Hockey Hall of Fame in 2016. His 28 career Olympic games is a record among Russian national team's players. In this Episode, Darius shares his Fatherhood journey which includes six children. He discusses the differences of being a dad while playing in the NHL vs being retired from hockey. He describes the challenges of having twins and how fatherhood has made him a better man. He talks about the genesis of his hockey career which includes beginning at 8 years old and playing professionally by age 16. He offers some great advice for new or about to be Dads and more! Belcampo Meat - https://belcampo.com/?utm_source=FATHERHOOD&utm_medium=INFL&utm_campaign=FATHERHOOD MY PILLOW - https://www.mypillow.com Promo Code: Fatherhood Save Up To 66% Off 1-800-875-0219 More Ways To Listen - https://linktr.ee/alec_lace First Class Fatherhood Merch - https://shop.spreadshirt.com/first-class-fatherhood-/we+are+not+babysitters-A5d09ea872051763ad613ec8e?productType=812&sellable=3017x1aBoNI8jJe83pw5-812-7&appearance=1 Follow me on instagram - https://instagram.com/alec_lace?igshid=ebfecg0yvbap For information about becoming a Sponsor of First Class Fatherhood please hit me with an email: FirstClassFatherhood@gmail.com --- Support this podcast: https://anchor.fm/alec-lace/support