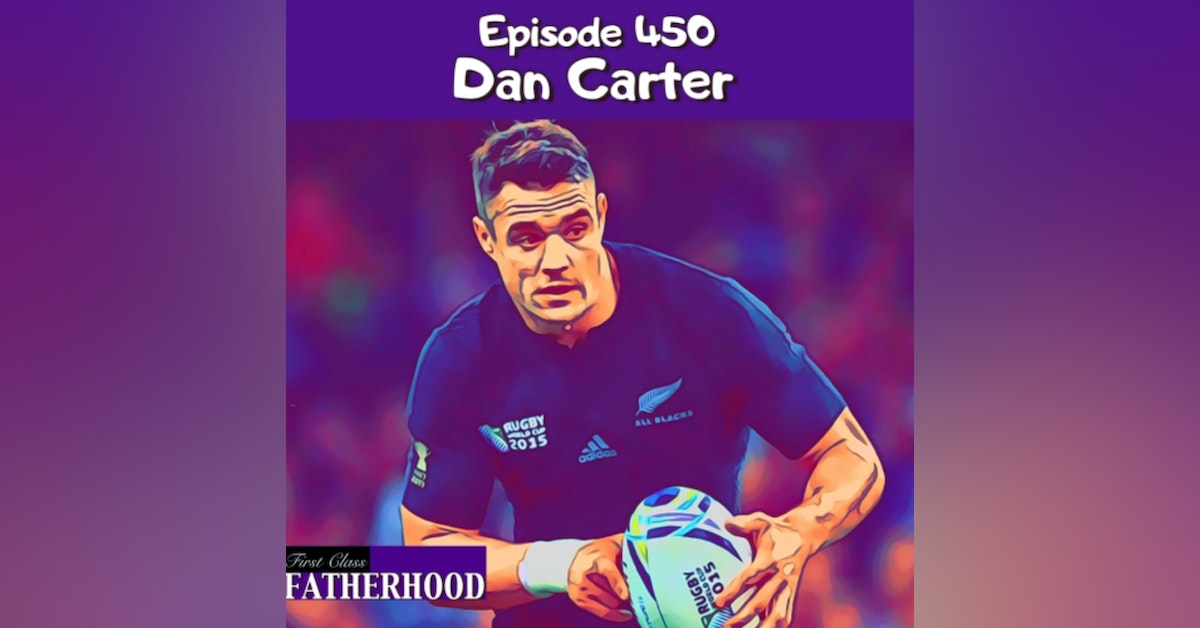 Episode 450 Dan Carter is a First Class Father and World Class Rugby Player. Dan Carter played for Crusaders in New Zealand and played for New Zealand's national team, the All Blacks. He is the highest point scorer in test match rugby,and is considered by many experts as the greatest ever Fly-Half in the history of the game. He was named the International Rugby Board Player of the Year in 2005, 2012 and 2015 and has won three Super Rugby titles with the Crusaders, and nine Tri-Nations and Rugby Championships with the All Blacks. He recently retired from professional Rugby and posted a heartfelt message to his fans on Instagram. In this Episode, Dan shares his Fatherhood journey which includes three boys and a baby on the way! He discusses the work-life balance of being a professional Rugby player and a Father. He describes the best way to introduce kids to Rugby and the importance of technique. He talks about his invitation to visit the New England Patriots who were interested in him as a kicker. He mentions his plans after retiring from Rugby. He offers some great advice for new or about to be Dads and more! Belcampo Meat - https://belcampo.com/?utm_source=FATHERHOOD&utm_medium=INFL&utm_campaign=FATHERHOOD MY PILLOW - https://www.mypillow.com Promo Code: Fatherhood Save Up To 66% Off 1-800-875-0219 More Ways To Listen - https://linktr.ee/alec_lace First Class Fatherhood Merch - https://shop.spreadshirt.com/first-class-fatherhood-/we+are+not+babysitters-A5d09ea872051763ad613ec8e?productType=812&sellable=3017x1aBoNI8jJe83pw5-812-7&appearance=1 Follow me on instagram - https://instagram.com/alec_lace?igshid=ebfecg0yvbap For information about becoming a Sponsor of First Class Fatherhood please hit me with an email: FirstClassFatherhood@gmail.com --- Support this podcast: https://anchor.fm/alec-lace/support