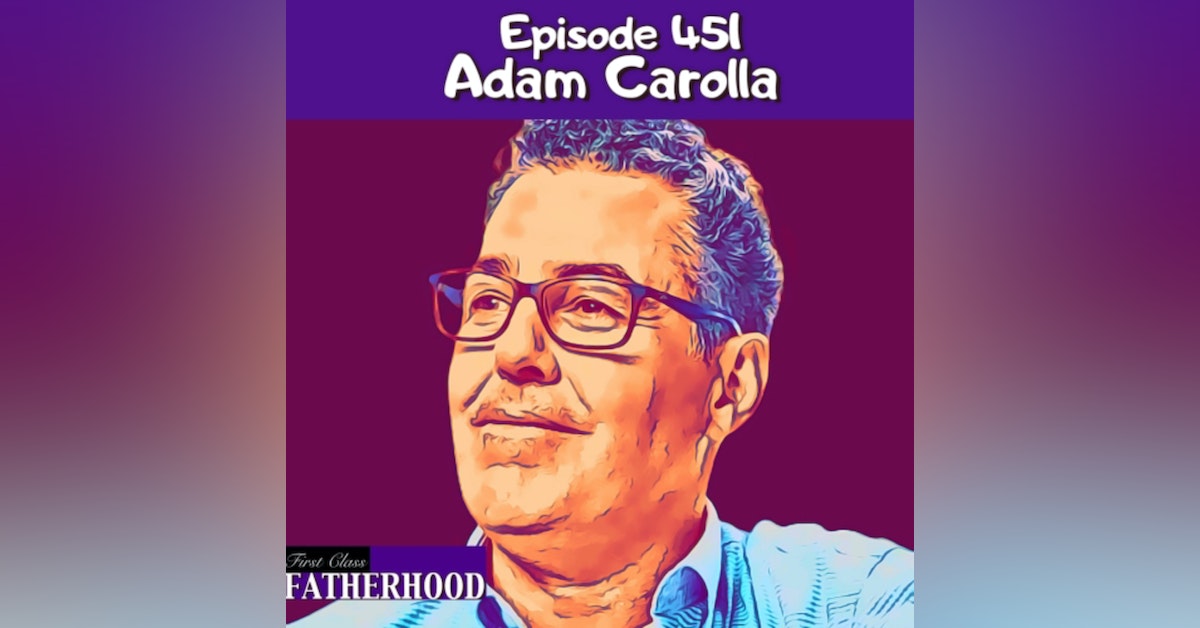 Episode 451 Adam Carolla is a First Class Father, radio personality, television host, comedian, and actor. He is currently the host of The Adam Carolla Show podcast which set the record as the "most downloaded podcast" as judged by Guinness World Records in 2011. He was the co-host of the radio show Loveline along with Dr. Drew from 1995 to 2005. Adam was the co-creator and co-host of the television program The Man Show and the co-creator and performer on the television program Crank Yankers. He has appeared on Dancing with the Stars and The Celebrity Apprentice. In this Episode, Adam shares his Fatherhood journey which includes two children (twins). He discusses the “woke” society that we are living and how it has affected his son and daughter differently. He also describes how the comedy industry has been impacted by wokeness and gives some advice to young people hoping to break into the comedy scene. He gives his thoughts on remote schooling and how his two teenagers have handled it. He offers some great advice for new or about to be Dads and more! Belcampo Meat - https://belcampo.com/?utm_source=FATHERHOOD&utm_medium=INFL&utm_campaign=FATHERHOOD MY PILLOW - https://www.mypillow.com Promo Code: Fatherhood Save Up To 66% Off 1-800-875-0219 More Ways To Listen - https://linktr.ee/alec_lace First Class Fatherhood Merch - https://shop.spreadshirt.com/first-class-fatherhood-/we+are+not+babysitters-A5d09ea872051763ad613ec8e?productType=812&sellable=3017x1aBoNI8jJe83pw5-812-7&appearance=1 Follow me on instagram - https://instagram.com/alec_lace?igshid=ebfecg0yvbap For information about becoming a Sponsor of First Class Fatherhood please hit me with an email: FirstClassFatherhood@gmail.com --- Support this podcast: https://anchor.fm/alec-lace/support