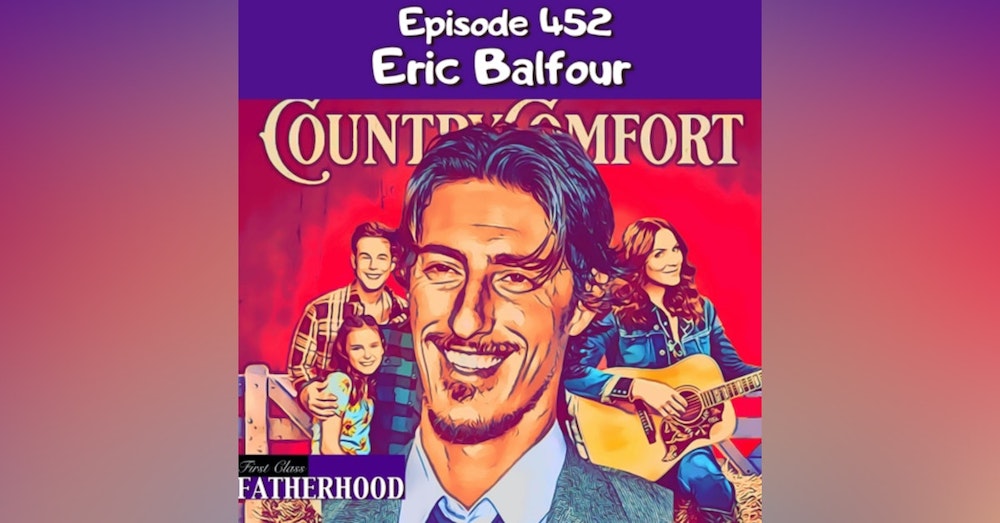 Episode 452 Eric Balfour is a First Class Father, actor and singer. Some of his roles on television include Milo Pressman on the action-thriller TV series 24, a recurring role in the HBO drama Six Feet Under as Gabriel Dimas, and Duke Crocker in the supernatural series Haven. Eric is currently starring as Boone alongside Katherine McPhee in the new Netflix Original Comedy Series COUNTRY COMFORT. He began his acting career back in 1991 as Eric on KIDS INCORPORATED. In this Episode, Eric shares his Fatherhood journey which includes a two and a half year old son Oliver. He discusses how becoming a Dad has changed the trajectory of his acting career. He describes the feeling of Fatherhood hitting him when he least expected it. He talks about the new Netflix series COUNTRY COMFORT and why it is a must watch Family Comedy. He offers some great advice for new or about to be Dads and more! Belcampo Meat - https://belcampo.com/?utm_source=FATHERHOOD&utm_medium=INFL&utm_campaign=FATHERHOOD MY PILLOW - https://www.mypillow.com Promo Code: Fatherhood Save Up To 66% Off 1-800-875-0219 More Ways To Listen - https://linktr.ee/alec_lace First Class Fatherhood Merch - https://shop.spreadshirt.com/first-class-fatherhood-/we+are+not+babysitters-A5d09ea872051763ad613ec8e?productType=812&sellable=3017x1aBoNI8jJe83pw5-812-7&appearance=1 Follow me on instagram - https://instagram.com/alec_lace?igshid=ebfecg0yvbap For information about becoming a Sponsor of First Class Fatherhood please hit me with an email: FirstClassFatherhood@gmail.com --- Support this podcast: https://anchor.fm/alec-lace/support