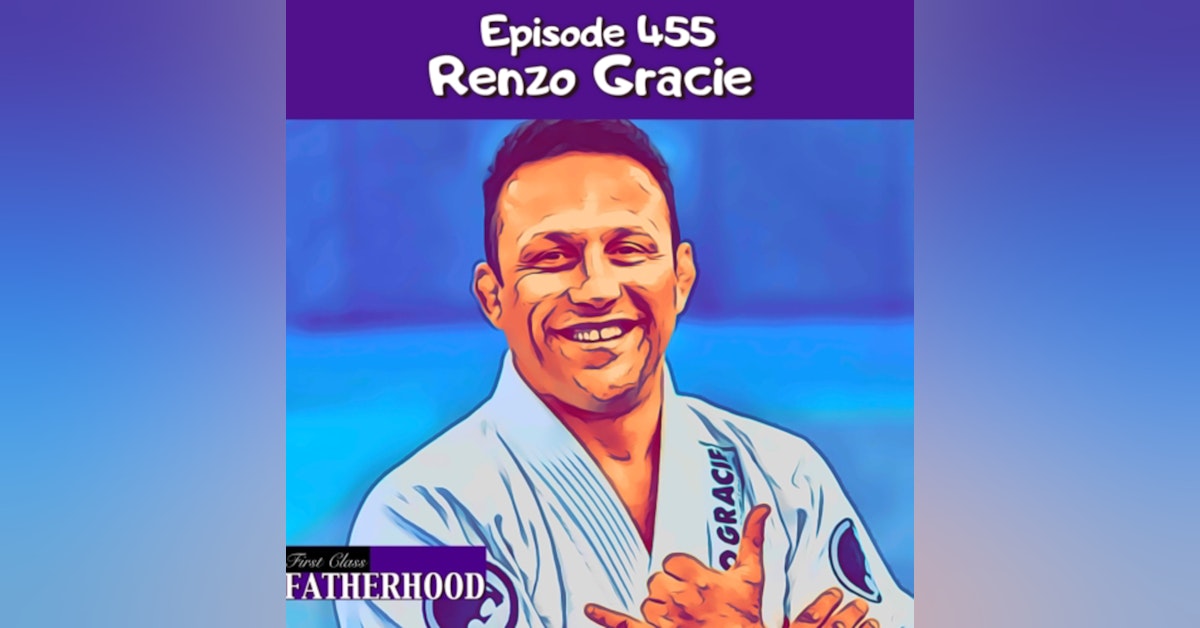 Episode 455 Renzo Gracie is a First Class Father, Legendary Brazilian Jiu-Jitsu Champion and UFC Fighter. Renzo has won numerous competitions, the most prestigious being the Abu Dhabi Combat Club in which he is a 2x Champion. Renzo has fought all over the world for organizations such as Pride FC in its heyday and the UFC. He pioneered Brazilian Jiu-Jitsu in America in the 1990’s when he founded Renzo Gracie Academy in New York City, one of the cornerstones of Brazilian Jiu-Jitsu in America. He is established as one of the best teachers and mentors in the sport. In this Episode, Renzo shares his Fatherhood journey which includes three children and a grandson (who makes a cameo appearance). He describes the many benefits BJJ has to offer for both adults and kids. He discusses the values he instilled in his kids and how BJJ helped to reinforce them. He tells a hilarious story of how he handled his daughter’s first boyfriend. He offers some great advice for new or about to be Dads and more! GRACIE ACADEMY - https://renzogracieacademy.com Belcampo Meat - https://belcampo.com/?utm_source=FATHERHOOD&utm_medium=INFL&utm_campaign=FATHERHOOD MY PILLOW - https://www.mypillow.com Promo Code: Fatherhood Save Up To 66% Off 1-800-875-0219 Subscribe on YouTube - https://www.youtube.com/channel/UCCD6cjYptutjJWYlM0Kk6cQ?sub_confirmation=1 More Ways To Listen - https://linktr.ee/alec_lace First Class Fatherhood Merch - https://shop.spreadshirt.com/first-class-fatherhood-/we+are+not+babysitters-A5d09ea872051763ad613ec8e?productType=812&sellable=3017x1aBoNI8jJe83pw5-812-7&appearance=1 Follow me on instagram - https://instagram.com/alec_lace?igshid=ebfecg0yvbap For information about becoming a Sponsor of First Class Fatherhood please hit me with an email: FirstClassFatherhood@gmail.com --- Support this podcast: https://anchor.fm/alec-lace/support