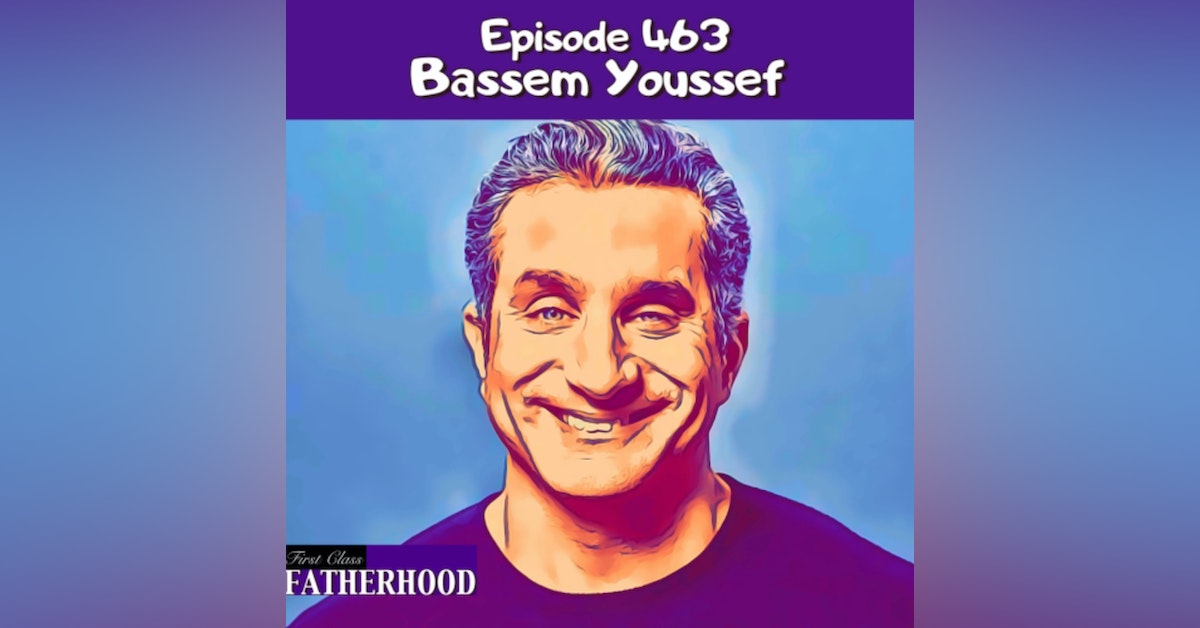 Episode 463 Bassem Youssef is a First Class Father, an Egyptian comedian, writer, producer, surgeon, doctor, media critic, and television host. Before his career in comedy began, Bassem was a heart surgeon. In 2011 he began hosting a satirical news program in Egypt and was compared to American comedian Jon Stewart, whose satire program The Daily Show inspired Youssef to begin his career. In 2013, he was named as one of the "100 most influential people in the world" by Time magazine. In this Episode, Bassem shares his Fatherhood journey which includes two children. He discusses his new book THE MAGICAL REALITY OF NADIA. He describes the Fatherless Crisis as it pertains to Egypt. He offers some great advice for new or about to be Dads and more! The Magical Reality of Nadia - https://www.amazon.com/Magical-Reality-Nadia-Bassem-Youssef/dp/1338572288 MY PILLOW - https://www.mypillow.com Promo Code: Fatherhood Save Up To 66% Off 1-800-875-0219 Subscribe on YouTube - https://www.youtube.com/channel/UCCD6cjYptutjJWYlM0Kk6cQ?sub_confirmation=1 More Ways To Listen - https://linktr.ee/alec_lace First Class Fatherhood Merch - https://shop.spreadshirt.com/first-class-fatherhood-/we+are+not+babysitters-A5d09ea872051763ad613ec8e?productType=812&sellable=3017x1aBoNI8jJe83pw5-812-7&appearance=1 Follow me on instagram - https://instagram.com/alec_lace?igshid=ebfecg0yvbap For information about becoming a Sponsor of First Class Fatherhood please hit me with an email: FirstClassFatherhood@gmail.com --- Support this podcast: https://anchor.fm/alec-lace/support