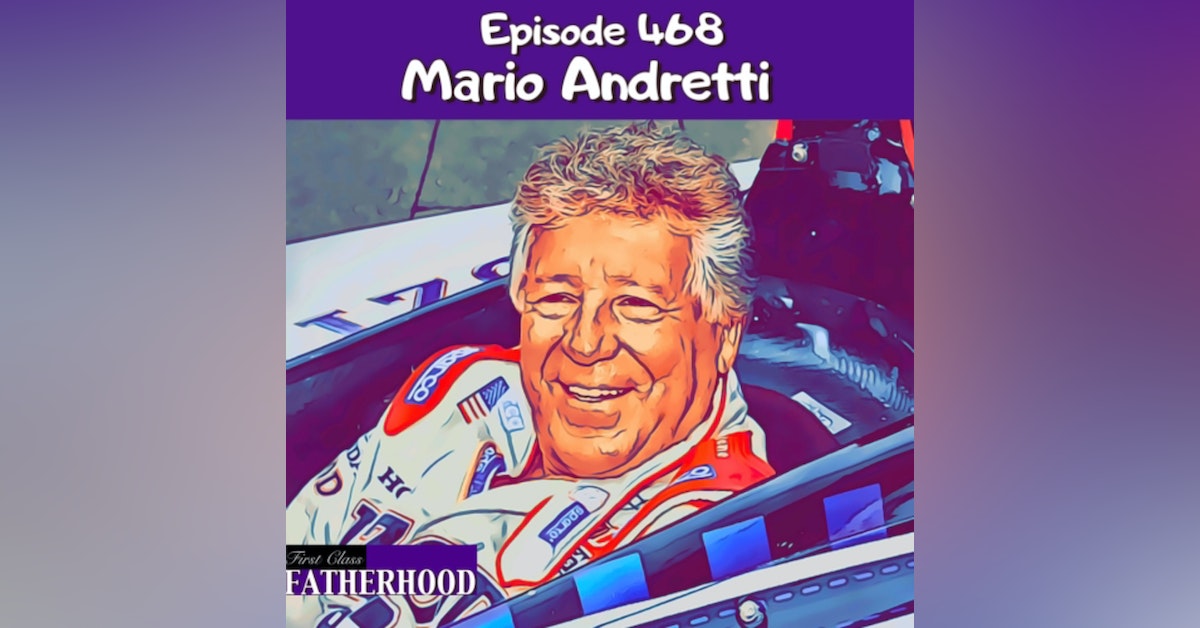 Episode 468 Mario Andretti is a First Class Father and Legendary Race Car Driver. He is one of only three drivers to have won races in Formula One, IndyCar, World Sportscar Championship, and NASCAR. He is the only driver ever to win the Indianapolis 500, Daytona 500 and the Formula One World Championship. He has shared the podium with his Race Car Driving son Michael Andretti 15 times with 5 of those being 1st & 2nd place. Mario is the first driver to win races in 5 different decades. Mario’s accolades are a mile long and the name Mario Andretti is synonymous with speed. In this Episode, Mario shares his Fatherhood journey which includes three children and seven grandchildren. He describes the difference of racing alongside his son and stepping out of the cockpit and just watching as a Dad. He discusses the origins of his racing career and the pushback he received from his father. He tells a funny story about what his son told his teacher that his dad does for a living. He offers some great advice for new or about to be Dads and more! SPONSORS: Strike Force Energy - https://www.strikeforceenergy.com Promo Code: Fatherhood Save 15% MY PILLOW - https://www.mypillow.com Promo Code: Fatherhood Save Up To 66% Off 1-800-875-0219 Subscribe on YouTube - https://www.youtube.com/channel/UCCD6cjYptutjJWYlM0Kk6cQ?sub_confirmation=1 More Ways To Listen - https://linktr.ee/alec_lace First Class Fatherhood Merch - https://shop.spreadshirt.com/first-class-fatherhood-/we+are+not+babysitters-A5d09ea872051763ad613ec8e?productType=812&sellable=3017x1aBoNI8jJe83pw5-812-7&appearance=1 Follow me on instagram - https://instagram.com/alec_lace?igshid=ebfecg0yvbap For information about becoming a Sponsor of First Class Fatherhood please hit me with an email: FirstClassFatherhood@gmail.com --- Support this podcast: https://anchor.fm/alec-lace/support