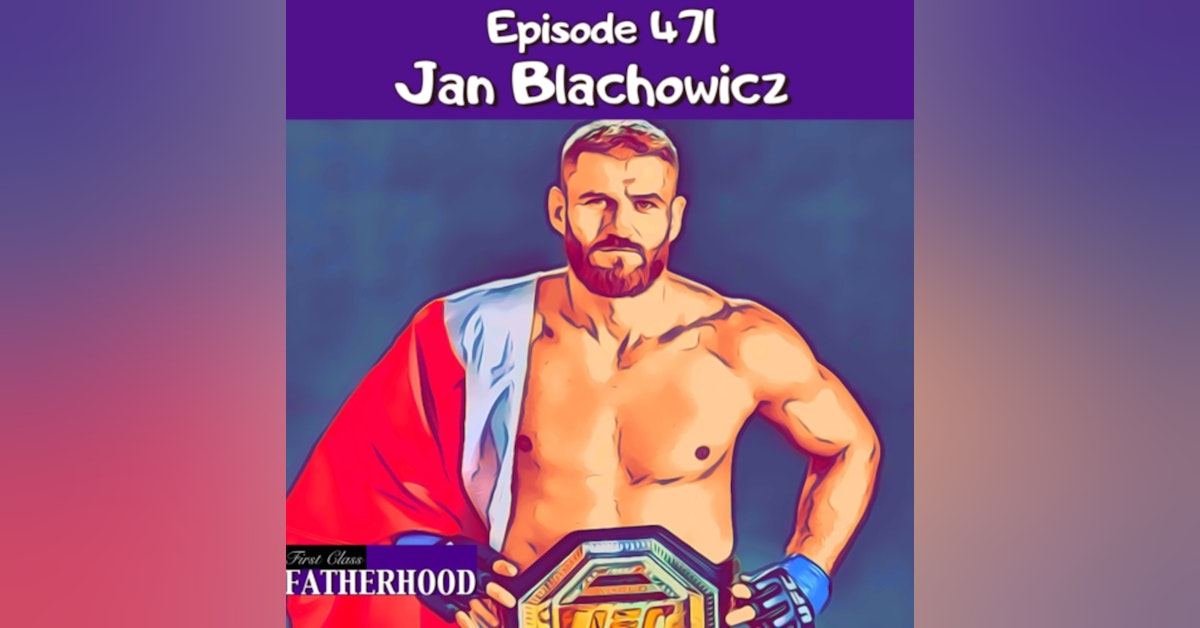 Episode 471 Jan Błachowicz is a First Class Father and UFC Light Heavyweight Champion of the World. He is known as “The Pride Of Poland” and is the first man from Poland to ever become a champion in the UFC. Jan Błachowicz defended the UFC Light Heavyweight Championship against current UFC Middleweight Champion Israel Adesanya on March 6, 2021 at UFC 259 becoming the first fighter to defeat Adesanya in the UFC. In this Episode, Jan shares his Fatherhood journey which includes a four month old son. He describes the weird feeling of having his best year ever, in which he became a UFC Champion and a Father, while so many were suffering from their worst year due to the pandemic. He discusses his childhood experiences and how they will impact how he handles his own parenting. He talks about his bedtime routine with his son. He tells us what to expect in his upcoming fight. He offers some great advice for about to be Dads and more! SPONSORS: Strike Force Energy - https://www.strikeforceenergy.com Promo Code: Fatherhood Save 15% MY PILLOW - https://www.mypillow.com Promo Code: Fatherhood Save Up To 66% Off 1-800-875-0219 Subscribe on YouTube - https://www.youtube.com/channel/UCCD6cjYptutjJWYlM0Kk6cQ?sub_confirmation=1 More Ways To Listen - https://linktr.ee/alec_lace First Class Fatherhood Merch - https://shop.spreadshirt.com/first-class-fatherhood-/we+are+not+babysitters-A5d09ea872051763ad613ec8e?productType=812&sellable=3017x1aBoNI8jJe83pw5-812-7&appearance=1 Follow me on instagram - https://instagram.com/alec_lace?igshid=ebfecg0yvbap For information about becoming a Sponsor of First Class Fatherhood please hit me with an email: FirstClassFatherhood@gmail.com --- Support this podcast: https://anchor.fm/alec-lace/support