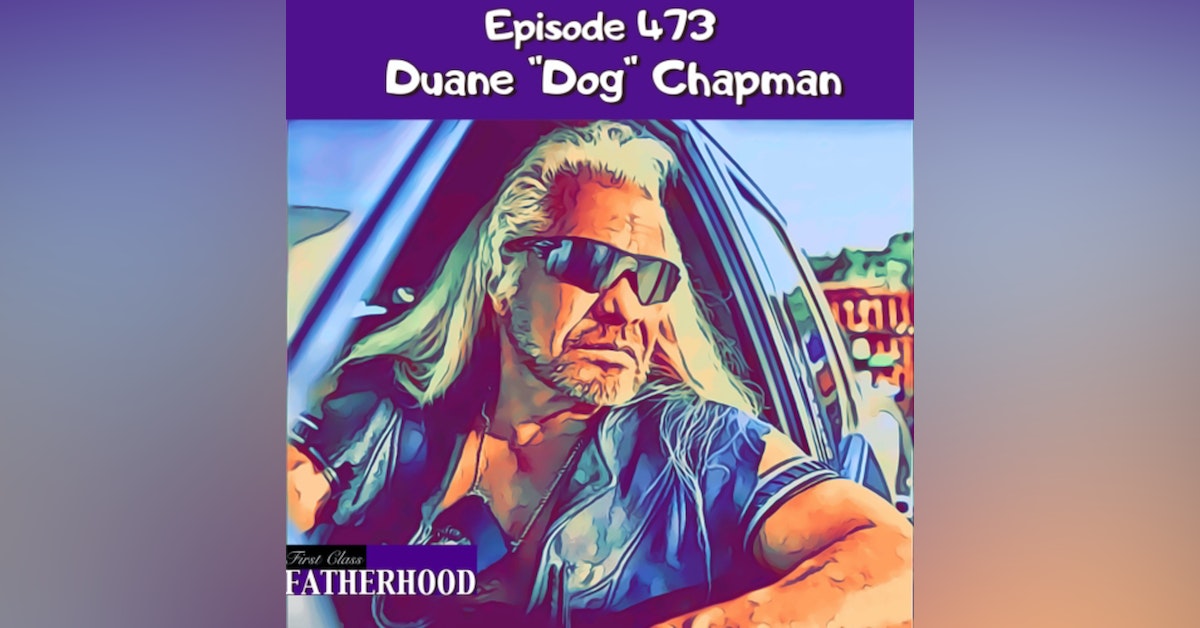 Episode 473 Duane “Dog” Chapman is a First Class Father and World Famous Bounty Hunter. He starred in his own series, Dog the Bounty Hunter on A&E and a spin-off series, Dog and Beth: On the Hunt, alongside his wife and business partner, the late Beth Chapman on CMT. Dog has been a Bounty Hunter for over 40 years and has captured more than 8,000 fugitives during his career. In this Episode, Duane shares his Fatherhood journey which includes twelve children, eleven of which are alive. He discusses the relationships between all of his kids and the values he has instilled in them. He describes his method of discipline and a technique he uses to tell whether or not his kids are lying. He talks about his new initiative called, Get The Lead Out, which is based on the idea of the police using a less lethal bullet and requires more physical training. He offers some great advice for new or about to be Dads and more! SPONSORS: Strike Force Energy - https://www.strikeforceenergy.com Promo Code: Fatherhood Save 15% MY PILLOW - https://www.mypillow.com Promo Code: Fatherhood Save Up To 66% Off 1-800-875-0219 Subscribe on YouTube - https://www.youtube.com/channel/UCCD6cjYptutjJWYlM0Kk6cQ?sub_confirmation=1 More Ways To Listen - https://linktr.ee/alec_lace First Class Fatherhood Merch - https://shop.spreadshirt.com/first-class-fatherhood-/we+are+not+babysitters-A5d09ea872051763ad613ec8e?productType=812&sellable=3017x1aBoNI8jJe83pw5-812-7&appearance=1 Follow me on instagram - https://instagram.com/alec_lace?igshid=ebfecg0yvbap For information about becoming a Sponsor of First Class Fatherhood please hit me with an email: FirstClassFatherhood@gmail.com --- Support this podcast: https://anchor.fm/alec-lace/support