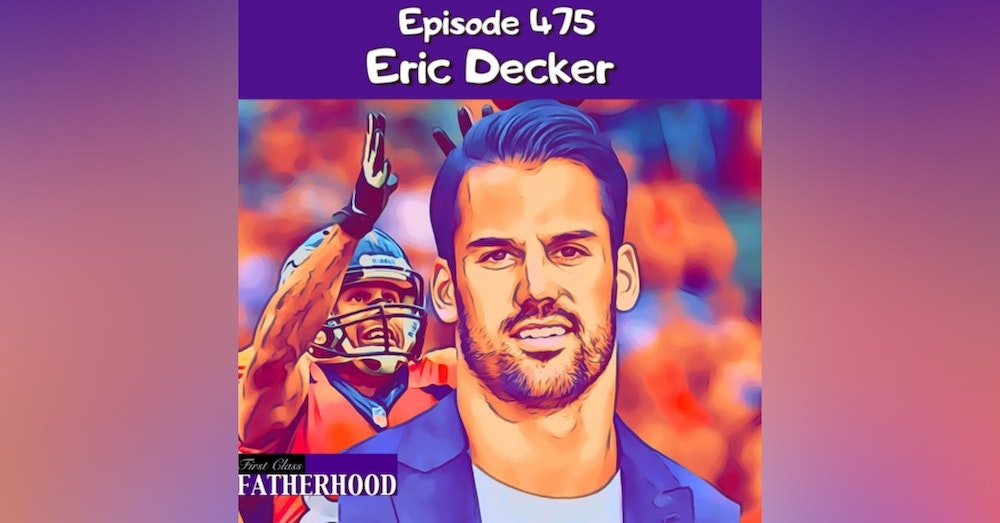 Episode 475 Eric Decker is a First Class Father and former NFL Wide Receiver. He was drafted in the 3rd Round of the 2010 NFL Draft by the Denver Broncos. In 2012 he led the AFC in receiving touchdowns and was a part of the 2013 Broncos AFC championship team. He went on to play for the New York Jets and Tennessee Titans before retiring from the NFL. Eric and his wife, Jessie James, starred in the E! reality show Eric & Jessie: Game On which ran for 3 seasons. In this Episode, Eric shares his Fatherhood journey which includes three children. He describes the balance of being a dad while playing in the NFL. He discusses the values he hopes to instill in his kids. He talks about young kids playing tackle football and what is a good age to start. He explains why he decided NOT to get a vasectomy. He offers some great advice for new or about to be Dads and more! SPONSORS: Strike Force Energy - https://www.strikeforceenergy.com Promo Code: Fatherhood Save 15% MY PILLOW - https://www.mypillow.com Promo Code: Fatherhood Save Up To 66% Off 1-800-875-0219 Subscribe on YouTube - https://www.youtube.com/channel/UCCD6cjYptutjJWYlM0Kk6cQ?sub_confirmation=1 More Ways To Listen - https://linktr.ee/alec_lace First Class Fatherhood Merch - https://shop.spreadshirt.com/first-class-fatherhood-/we+are+not+babysitters-A5d09ea872051763ad613ec8e?productType=812&sellable=3017x1aBoNI8jJe83pw5-812-7&appearance=1 Follow me on instagram - https://instagram.com/alec_lace?igshid=ebfecg0yvbap For information about becoming a Sponsor of First Class Fatherhood please hit me with an email: FirstClassFatherhood@gmail.com --- Support this podcast: https://anchor.fm/alec-lace/support