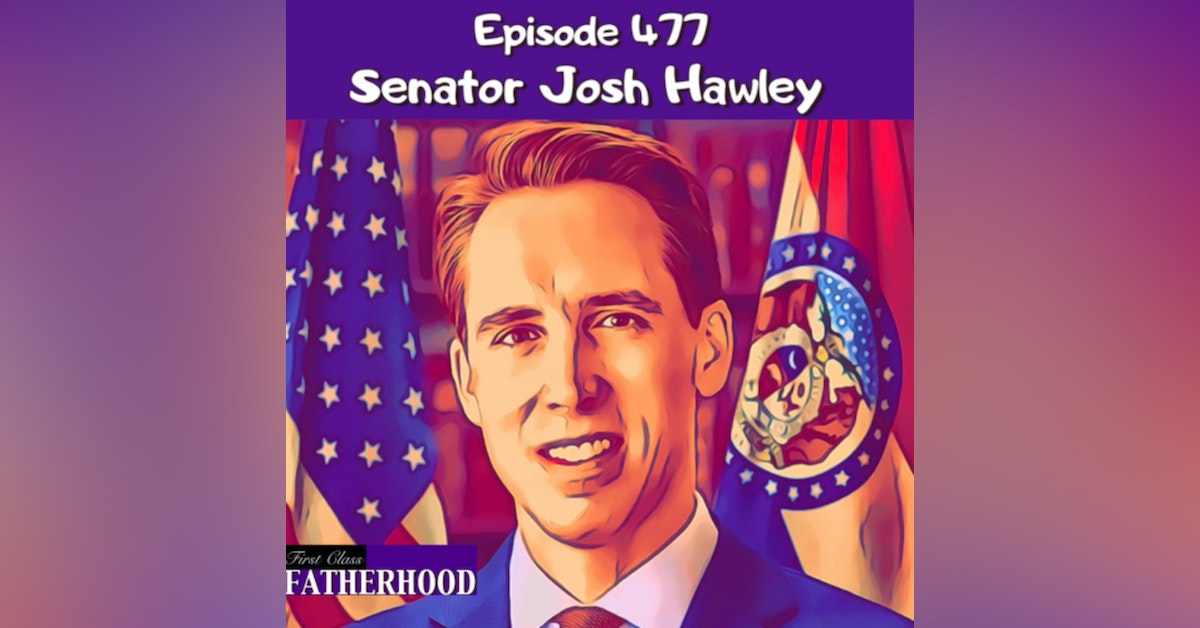 Episode 477 Senator Josh Hawley is a First Class Father and United States Senator from Missouri. Senator Hawley graduated from Stanford University in 2002 and Yale Law School in 2006. Senator Hawley is recognized as one of the nation’s leading constitutional lawyers. He has litigated at the Supreme Court of the United States, the federal courts of appeals, and in state court, fighting for the people’s liberties. He became the 42nd Attorney General of Missouri in 2017 and a US Senator in 2019. In this Episode, Senator Hawley shares his Fatherhood journey which includes three children. He discusses his new book THE TYRANNY OF BIG TECH and how his kids were his inspiration to write the book. He describes the values he hopes to instill in his kids. He talks about the Fatherless Crisis in America and the importance of the Nuclear Family Unit. He offers some great advice for new or about to be Dads and more! THE TYRANNY OF BIG TECH - https://www.amazon.com/Tyranny-Big-Tech-Josh-Hawley/dp/1684512395 SPONSORS: Strike Force Energy - https://www.strikeforceenergy.com Promo Code: Fatherhood Save 15% MY PILLOW - https://www.mypillow.com Promo Code: Fatherhood Save Up To 66% Off 1-800-875-0219 More Ways To Listen - https://linktr.ee/alec_lace First Class Fatherhood Merch - https://shop.spreadshirt.com/first-class-fatherhood-/we+are+not+babysitters-A5d09ea872051763ad613ec8e?productType=812&sellable=3017x1aBoNI8jJe83pw5-812-7&appearance=1 Follow me on instagram - https://instagram.com/alec_lace?igshid=ebfecg0yvbap For information about becoming a Sponsor of First Class Fatherhood please hit me with an email: FirstClassFatherhood@gmail.com --- Support this podcast: https://anchor.fm/alec-lace/support