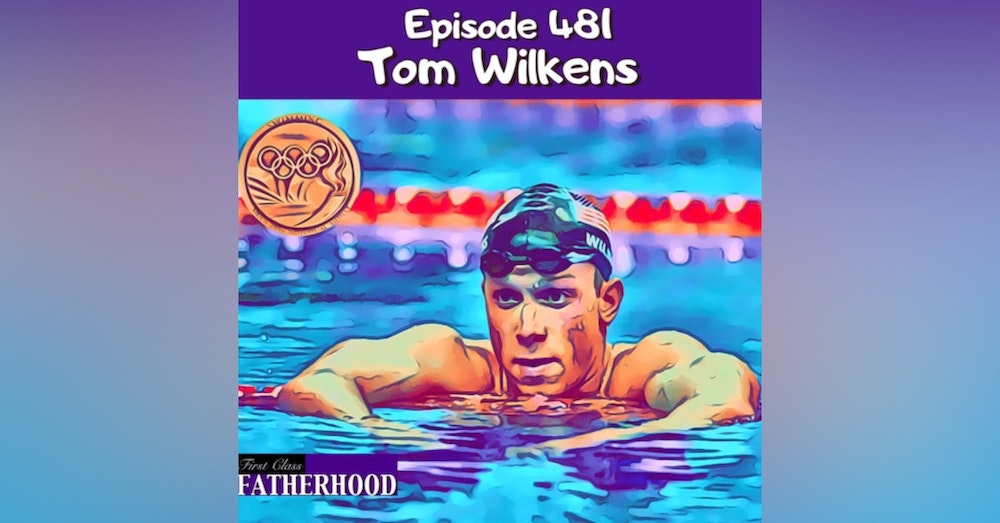 Episode 481 Tom Wilkens is a First Class Father and Olympic medalist who was the Captain of the United States Men’s Swim Team in the 2000 Summer Olympics in Sydney Australia. Tom brought home the Bronze medal for his third-place performance in the men's 200-meter individual medley. Tom is a sixteen time National Champion who dominated the sport of swimming and his story is the focus of a new documentary film, THE WATER IS MY SKY, which is loosely based on the book about Tom’s run at Olympic glory titled, GOLD IN THE WATER by P.H. Mullen. In this Episode, Tom shares his Fatherhood journey which includes two children. He discusses his rise in the sport of swimming and his experience representing the United States in the 2000 Summer Olympics. He describes the support he received from his parents during his swim career and how he leans on that to be sure his kids aren’t living in his shadow as they begin to swim competitively. He talks about the new film THE WATER IS MY SKY. He discusses the importance of teaching kids how to swim. He offers some great advice for new or about to be Dads and more! THE WATER IS MY SKY - https://watch.eventive.org/waterismysky/play/60a6a09cf4a7fb0047f8c104 Subscribe to First Class Fatherhood and watch on YouTube - https://www.youtube.com/channel/UCCD6cjYptutjJWYlM0Kk6cQ?sub_confirmation=1 SPONSORS: SeatGeek - https://seatgeek.com Promo Code: FirstClass Save: $20 off tickets MY PILLOW - https://www.mypillow.com Promo Code: Fatherhood Save Up To 66% Off 1-800-875-0219 More Ways To Listen - https://linktr.ee/alec_lace First Class Fatherhood Merch - https://shop.spreadshirt.com/first-class-fatherhood-/we+are+not+babysitters-A5d09ea872051763ad613ec8e?productType=812&sellable=3017x1aBoNI8jJe83pw5-812-7&appearance=1 Follow me on instagram - https://instagram.com/alec_lace?igshid=ebfecg0yvbap For information about becoming a Sponsor of First Class Fatherhood please hit me with an email: FirstClassFatherhood@gmail.com --- Support this podcast: https://anchor.fm/alec-lace/support