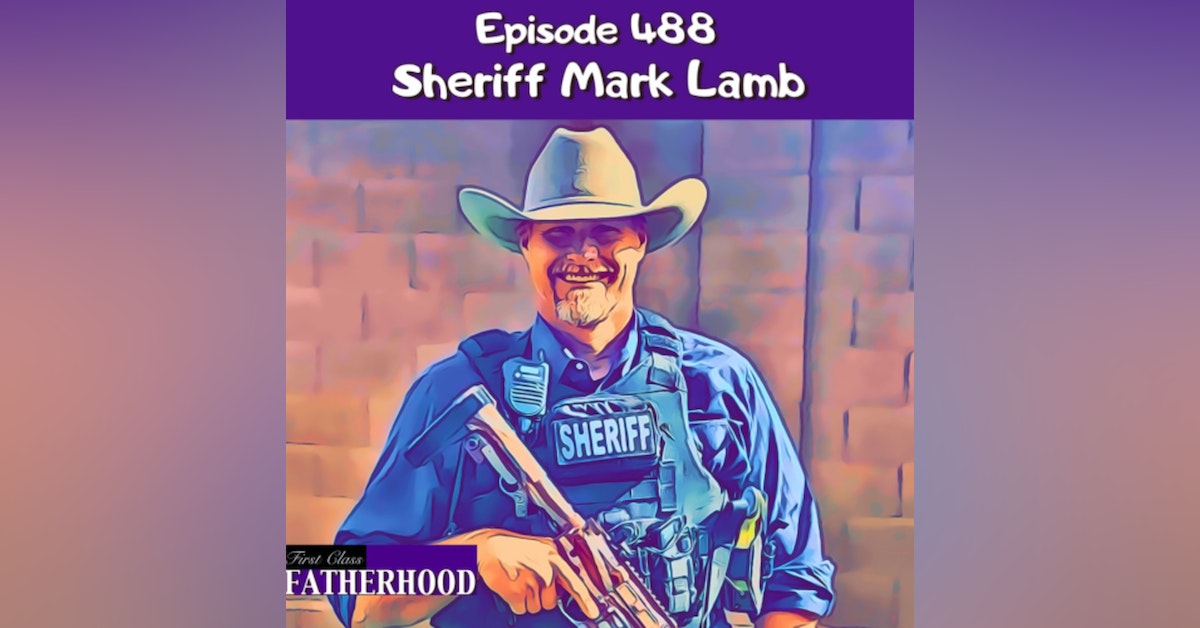 Episode 488 Sheriff Mark Lamb is a First Class Father and Sheriff of Pinal County Arizona. Sheriff Lamb oversees a county the size of Connecticut and manages more than 650 employees within the department. Sheriff Mark Lamb has both experience in law enforcement and the private sector. He trained with the Maricopa County Sheriff’s Office Deputy Academy and was named Valedictorian of his class. He gained notoriety for his appearances on Live PD and became popular on social media. In the wake of Live PD being canceled, Sheriff Lamb created the American Sheriff Network which puts viewers back in the front seat and going inside Sheriff departments across America for exclusive access with stories will keep you on the edge of your seat. In this Episode, Sheriff Lamb shares his Fatherhood journey which includes five children and one grandchild. He discusses the current disconnect between police and citizens which he says is largely related to the MainStream Media and he gives his thoughts on how to mend the relationship. He describes the joy of becoming a grandfather and the challenges that he’s faced as his kids have gotten older. He talks about the Fatherless Crisis and the impact it is having on crime. He tells us about his new American Sheriff Network. He offers some great advice for new or about to be Dads and more! AMERICAN SHERIFF NETWORK - https://americansheriff.com Subscribe to First Class Fatherhood and watch on YouTube - https://www.youtube.com/channel/UCCD6cjYptutjJWYlM0Kk6cQ?sub_confirmation=1 SPONSORS: ORIGIN - https://originmaine.com/?ref=Fatherhood&utm_source=affiliate Promo Code: Lace10 Save: 10% MY PILLOW - https://www.mypillow.com Promo Code: Fatherhood Save Up To 66% Off 1-800-875-0219 More Ways To Listen - https://linktr.ee/alec_lace First Class Fatherhood Merch - https://shop.spreadshirt.com/first-class-fatherhood-/we+are+not+babysitters-A5d09ea872051763ad613ec8e?productType=812&sellable=3017x1aBoNI8jJe83pw5-812-7&appearance=1 Follow me on instagram - https://instagram.com/alec_lace?igshid=ebfecg0yvbap For information about becoming a Sponsor of First Class Fatherhood please hit me with an email: FirstClassFatherhood@gmail.com --- Support this podcast: https://anchor.fm/alec-lace/support