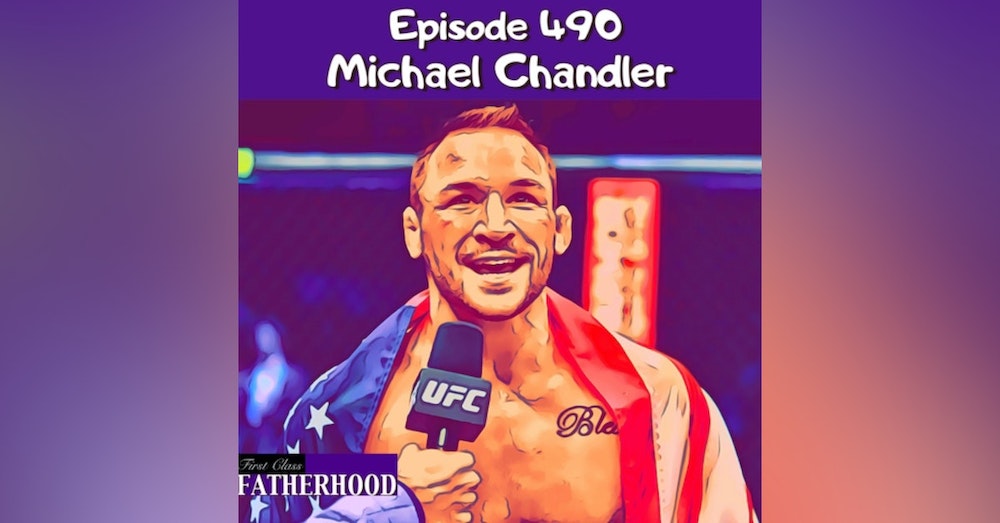 Episode 490 Michael Chandler is a First Class Father and top ranked UFC Lightweight Fighter. Before he entered the UFC, Michael became a three-time Bellator Lightweight Champion and was the winner of the Bellator Season Four Lightweight Tournament. Michael Chandler made his UFC debut with a TKO victory over Dan Hooker at UFC 257. He is currently ranked #4 in the UFC Lightweight rankings and has already competed for the UFC Lightweight Championship. In this Episode, Michael shares his Fatherhood journey which includes his son Hap. He discusses the challenges of the adoption process and the ultimate joy once he and his wife finally adopted their son. He describes the type of man he is raising and the techniques he is using to instill self confidence in his son. He talks about MMA and when it’s a good age for kids to begin training. He tells us the game plan for and when we can expect to see his next fight in the UFC. He offers some great advice for new or about to be Dads and more! Subscribe to First Class Fatherhood and watch on YouTube - https://www.youtube.com/channel/UCCD6cjYptutjJWYlM0Kk6cQ?sub_confirmation=1 SPONSORS: ORIGIN - https://originmaine.com/?ref=Fatherhood&utm_source=affiliate Promo Code: Lace10 Save: 10% MY PILLOW - https://www.mypillow.com Promo Code: Fatherhood Save Up To 66% Off 1-800-875-0219 More Ways To Listen - https://linktr.ee/alec_lace First Class Fatherhood Merch - https://shop.spreadshirt.com/first-class-fatherhood-/we+are+not+babysitters-A5d09ea872051763ad613ec8e?productType=812&sellable=3017x1aBoNI8jJe83pw5-812-7&appearance=1 Follow me on instagram - https://instagram.com/alec_lace?igshid=ebfecg0yvbap For information about becoming a Sponsor of First Class Fatherhood please hit me with an email: FirstClassFatherhood@gmail.com --- Support this podcast: https://anchor.fm/alec-lace/support