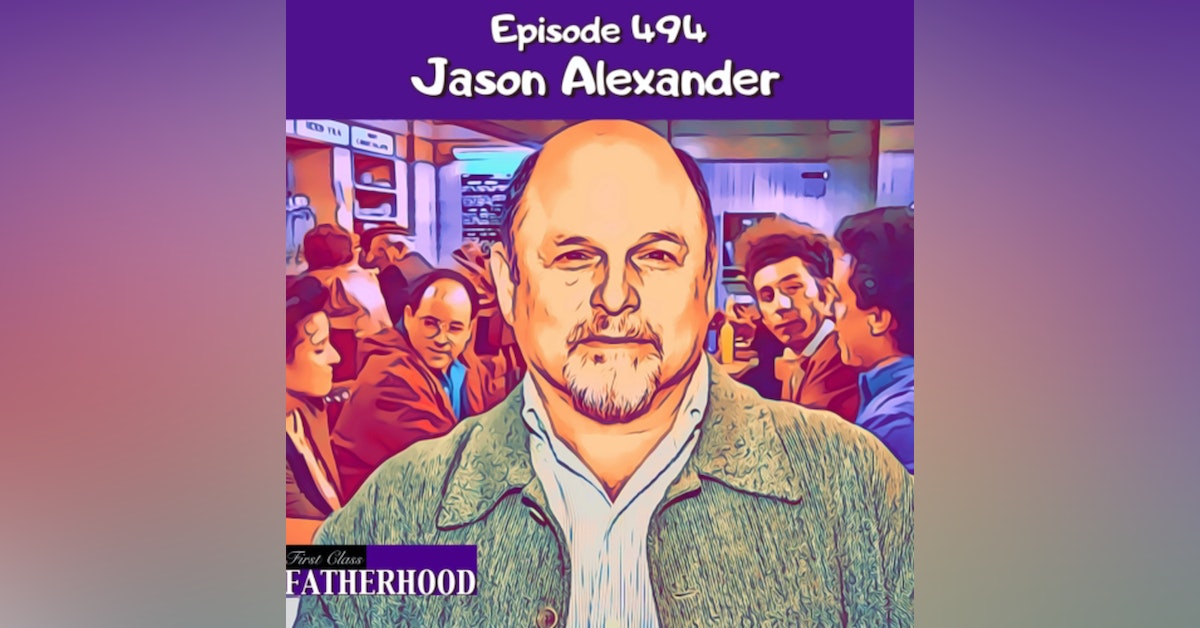 Episode 494 Jason Alexander is a First Class Father and actor known for portraying George Costanza on Seinfeld. Jason was nominated for seven consecutive Primetime Emmy Awards and four Golden Globe Awards for his performance as George Costanza. Jason is a prominent actor on stage as well, appearing in several Broadway musicals, including Jerome Robbins' Broadway in 1989, for which he won the Tony Award as Best Leading Actor in a Musical and a Grammy Award for Best Musical Theater Album. He has starred in movies such as Pretty Woman & Shallow Hal. He is the author of the best selling children’s book Dad Are You The Tooth Fairy? In this Episode, Jason Alexander shares his Fatherhood journey which includes two sons. He discusses the balance between being a new dad while becoming a famous actor. He describes the inspiration for his children’s book Dad Are You The Tooth Fairy. He gives great tips for parents of aspiring actors. He talks about his legacy as a dad. He offers some great advice for new or about to be Dads and more! Subscribe to First Class Fatherhood and watch on YouTube - https://www.youtube.com/channel/UCCD6cjYptutjJWYlM0Kk6cQ?sub_confirmation=1 SPONSORS: SeatGeek - https://seatgeek.com Promo Code: FirstClass Save: $20 off tickets MY PILLOW - https://www.mypillow.com Promo Code: Fatherhood Save Up To 66% Off 1-800-875-0219 More Ways To Listen - https://linktr.ee/alec_lace First Class Fatherhood Merch - https://shop.spreadshirt.com/first-class-fatherhood-/we+are+not+babysitters-A5d09ea872051763ad613ec8e?productType=812&sellable=3017x1aBoNI8jJe83pw5-812-7&appearance=1 Follow me on instagram - https://instagram.com/alec_lace?igshid=ebfecg0yvbap For information about becoming a Sponsor of First Class Fatherhood please hit me with an email: FirstClassFatherhood@gmail.com --- Support this podcast: https://anchor.fm/alec-lace/support