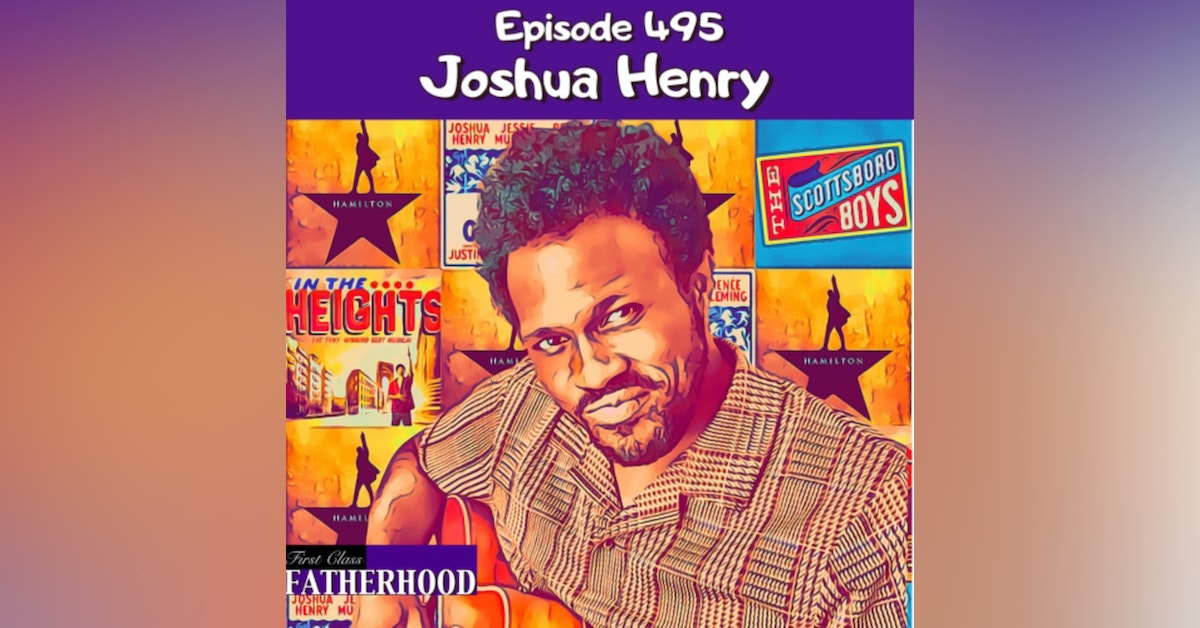 Episode 495 Joshua Henry is a First Class Father and 3x Tony Award Nominated Actor. He portrayed the lead role of Aaron Burr in the first U.S. tour of “Hamilton”. He is best known for portraying Haywood Patterson in the musical “The Scottsboro Boys”. Joshua also portrayed the lead role of Billy Bigelow in a Broadway revival of “Carousel”. He has several other Broadway credits to his name and launched his own musical career by releasing his debut EP “Guarantee”. He has a brand new song dropping on 6/24/21 called “Checking In”. In this Episode, Joshua shares his Fatherhood journey which includes three boys. He discusses some of the challenges of having twins with a three year old at home. He describes the impact the pandemic had on Broadway and his career and how he stayed motivated during it all. He tells us which Broadway show will likely be the first one he takes his kids to. He offers some great advice for new or about to be Dads and more! Subscribe to First Class Fatherhood and watch on YouTube - https://www.youtube.com/channel/UCCD6cjYptutjJWYlM0Kk6cQ?sub_confirmation=1 SPONSORS: SeatGeek - https://seatgeek.com Promo Code: FirstClass Save: $20 off tickets MY PILLOW - https://www.mypillow.com Promo Code: Fatherhood Save Up To 66% Off 1-800-875-0219 More Ways To Listen - https://linktr.ee/alec_lace First Class Fatherhood Merch - https://shop.spreadshirt.com/first-class-fatherhood-/we+are+not+babysitters-A5d09ea872051763ad613ec8e?productType=812&sellable=3017x1aBoNI8jJe83pw5-812-7&appearance=1 Follow me on instagram - https://instagram.com/alec_lace?igshid=ebfecg0yvbap For information about becoming a Sponsor of First Class Fatherhood please hit me with an email: FirstClassFatherhood@gmail.com --- Support this podcast: https://anchor.fm/alec-lace/support