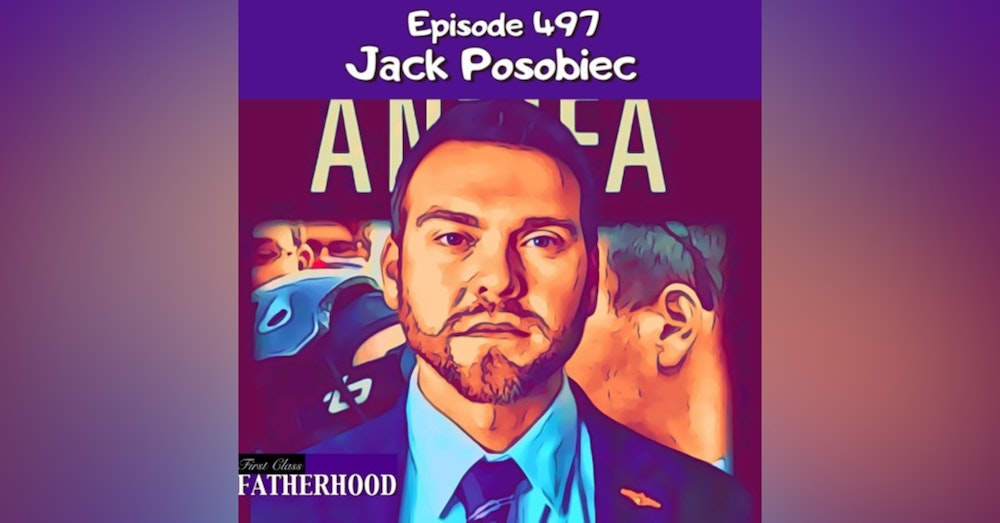 Episode 497 Jack Posobiec is a First Class Father, former Navy Intelligence Officer and Senior Editor for Human Events. Jack was previously a correspondent for One America News Network. He is the author of a new bestselling book, “The Antifa: Stories From Inside the Black Bloc”. Posobiec's work has directly led to Antifa arrests and convictions and has been cited by members of Congress, the Senate, and the President of the United States. Posobiec appeared in court in the trial of an Antifa criminal who attacked him in the street while conducting interviews. He was also the co-producer of the blockbuster documentary “Antifa: Rise of the Black Flags”. In this Episode, Jack shares his Fatherhood journey which includes two children. He discusses the importance of strengthening the Nuclear Family Unit in America and why he always tweets out “Be A Rebel, Start A Family” on Twitter. He discusses the values he hopes to instill in his kids growing up. He talks about his new book THE ANTIFA. He also talks about a new children’s book series he is working on. He offers some great advice for new or about to be Dads and more! THE ANTIFA - https://www.amazon.com/gp/aw/d/0999705970/ref=tmm_pap_swatch_0?ie=UTF8&qid=&sr= Subscribe to First Class Fatherhood and watch on YouTube - https://www.youtube.com/channel/UCCD6cjYptutjJWYlM0Kk6cQ?sub_confirmation=1 SPONSORS: SeatGeek - https://seatgeek.com Promo Code: FirstClass Save: $20 off tickets MY PILLOW - https://www.mypillow.com Promo Code: Fatherhood Save Up To 66% Off 1-800-875-0219 More Ways To Listen - https://linktr.ee/alec_lace First Class Fatherhood Merch - https://shop.spreadshirt.com/first-class-fatherhood-/we+are+not+babysitters-A5d09ea872051763ad613ec8e?productType=812&sellable=3017x1aBoNI8jJe83pw5-812-7&appearance=1 Follow me on instagram - https://instagram.com/alec_lace?igshid=ebfecg0yvbap For information about becoming a Sponsor of First Class Fatherhood please hit me with an email: FirstClassFatherhood@gmail.com --- Support this podcast: https://anchor.fm/alec-lace/support