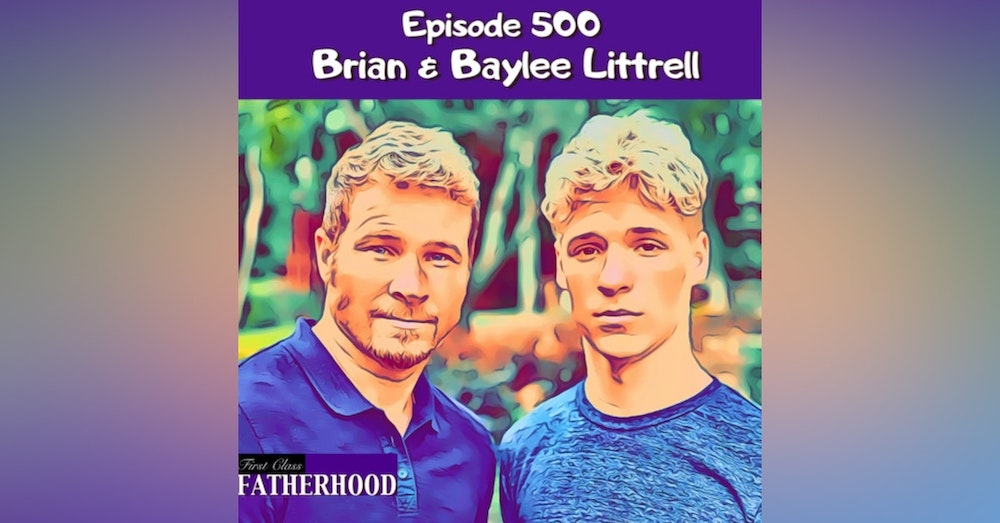 Episode 500 Brian and Baylee Littrell join me for a Special Father/Son interview on First Class Fatherhood. Brian Littrell is a First Class Father and member of the Backstreet Boys which is the best selling Boy Band in history with over 100 million record sales worldwide. Baylee Littrell is a Country Music recording artist who released his debut album, 770-Country, in 2019. In this Episode, Brian shares his Fatherhood journey with his son Baylee by his side. Baylee discusses the values his dad instilled in him growing up and tells us what type of disciplinarian Brian is as a dad. Brian describes the importance of his faith and how he has made it a focal point in raising his son. Baylee talks about the moment he decided to tell his parents he wanted to do country music. Brian shares some advice he gave Baylee when he became old enough to start dating. The two share a few heartwarming moments together and talk about the respect and love they have of one another. Baylee describes his relationship with the other members of the Backstreet Boys and their kids. Brian offers some great advice for new or about to be Dads and more! Subscribe to First Class Fatherhood and watch on YouTube - https://www.youtube.com/channel/UCCD6cjYptutjJWYlM0Kk6cQ?sub_confirmation=1 SPONSORS: SeatGeek - https://seatgeek.com Promo Code: FirstClass Save: $20 off tickets MY PILLOW - https://www.mypillow.com Promo Code: Fatherhood Save Up To 66% Off 1-800-875-0219 More Ways To Listen - https://linktr.ee/alec_lace First Class Fatherhood Merch - https://shop.spreadshirt.com/first-class-fatherhood-/we+are+not+babysitters-A5d09ea872051763ad613ec8e?productType=812&sellable=3017x1aBoNI8jJe83pw5-812-7&appearance=1 Follow me on instagram - https://instagram.com/alec_lace?igshid=ebfecg0yvbap For information about becoming a Sponsor of First Class Fatherhood please hit me with an email: FirstClassFatherhood@gmail.com --- Support this podcast: https://anchor.fm/alec-lace/support