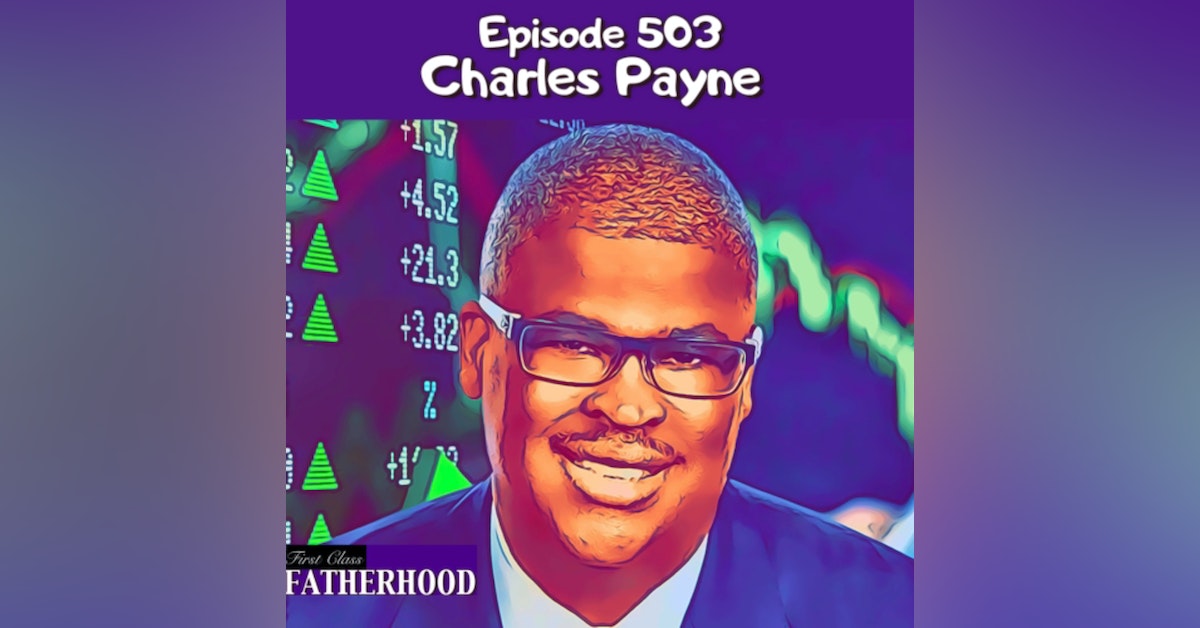 Episode 503 Charles Payne is a First Class Father and host of MAKING MONEY WITH CHARLES PAYNE on Fox Business Network. He is also a contributor to FOX News Channel, frequently appearing on shows such as Your World with Neil Cavuto and Fox & Friends. He began his career on Wall Street as an analyst at E.F. Hutton in 1985. In 1991, he founded Wall Street Strategies, an independent stock market research firm where he serves as chief executive officer and principal analyst. He published his first book entitled "Be Smart, Act Fast, Get Rich" in May 2007. Charles was an Army brat growing up until his parents divorced and he moved to the Harlem section of NYC with his family. He would later serve in the United States Air Force. In this Episode, Charles shares his Fatherhood journey which includes two children of his own and a stepchild. He discusses his humble beginnings and how it shaped his future. He describes the motivation he felt after becoming a new dad and how being a father inspired him to keep going through hard times. He talks about the stock market, cryptocurrency, GameStop and shares his thoughts on Reddit’s WallStreetBets. I ask him if we can expect to see a Charles Payne vs David Portnoy celebrity boxing match. He offers some great advice for new or about to be Dads and more! Speechless: Controlling Words, Controlling Minds - https://www.amazon.com/gp/aw/d/1684510821/ref=tmm_hrd_swatch_0?ie=UTF8&qid=1625197259&sr=8-1 Subscribe to First Class Fatherhood and watch on YouTube - https://www.youtube.com/channel/UCCD6cjYptutjJWYlM0Kk6cQ?sub_confirmation=1 SPONSORS: SeatGeek - https://seatgeek.com Promo Code: FirstClass Save: $20 off tickets MY PILLOW - https://www.mypillow.com Promo Code: Fatherhood Save Up To 66% Off 1-800-875-0219 More Ways To Listen - https://linktr.ee/alec_lace First Class Fatherhood Merch - https://shop.spreadshirt.com/first-class-fatherhood-/we+are+not+babysitters-A5d09ea872051763ad613ec8e?productType=812&sellable=3017x1aBoNI8jJe83pw5-812-7&appearance=1 Follow me on instagram - https://instagram.com/alec_lace?igshid=ebfecg0yvbap For information about becoming a Sponsor of First Class Fatherhood please hit me with an email: FirstClassFatherhood@gmail.com --- Support this podcast: https://anchor.fm/alec-lace/support