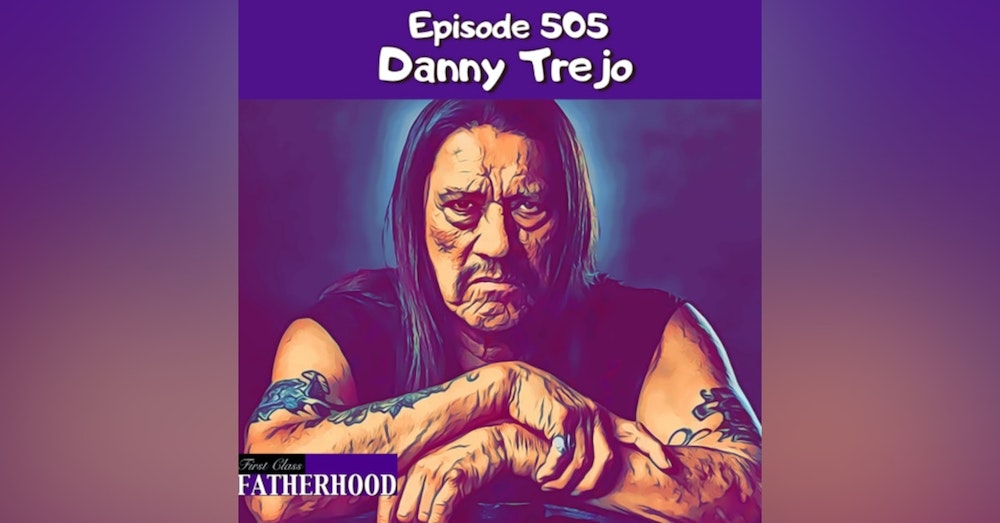 Episode 505 Danny Trejo is a First Class Father and legendary Hollywood actor. Danny is well known for his roles in AMC’s Breaking Bad and FX’s Sons of Anarchy as well as hundreds of movie roles including Spy Kids and Machete film franchises. He is one of the most recognizable and beloved character actors. Danny was raised in an abusive household and struggled with heroin addiction and stints in some of the country’s most notorious state prisons, including San Quentin and Folsom. He has a new book available now titled “Trejo: My Life of Crime, Redemption, and Hollywood”. In this Episode, Danny shares his Fatherhood journey which includes three adult kids. He discusses his new book TREJO and why he decided to write it. He talks about the Fatherless Crisis and how many of the people he knew in prison came from fatherless households. He describes the feeling of having his son direct him in a movie. He gives some advice for parents with kids struggling with addiction. He offers some great advice for new or about to be Dads and more! TREJO - https://www.amazon.com/Trejo-Life-Crime-Redemption-Hollywood-ebook/dp/B08QJRPJWR Subscribe to First Class Fatherhood and watch on YouTube - https://www.youtube.com/channel/UCCD6cjYptutjJWYlM0Kk6cQ?sub_confirmation=1 SPONSORS: SeatGeek - https://seatgeek.com Promo Code: FirstClass Save: $20 off tickets MY PILLOW - https://www.mypillow.com Promo Code: Fatherhood Save Up To 66% Off 1-800-875-0219 More Ways To Listen - https://linktr.ee/alec_lace First Class Fatherhood Merch - https://shop.spreadshirt.com/first-class-fatherhood-/we+are+not+babysitters-A5d09ea872051763ad613ec8e?productType=812&sellable=3017x1aBoNI8jJe83pw5-812-7&appearance=1 Follow me on instagram - https://instagram.com/alec_lace?igshid=ebfecg0yvbap For information about becoming a Sponsor of First Class Fatherhood please hit me with an email: FirstClassFatherhood@gmail.com --- Support this podcast: https://anchor.fm/alec-lace/support