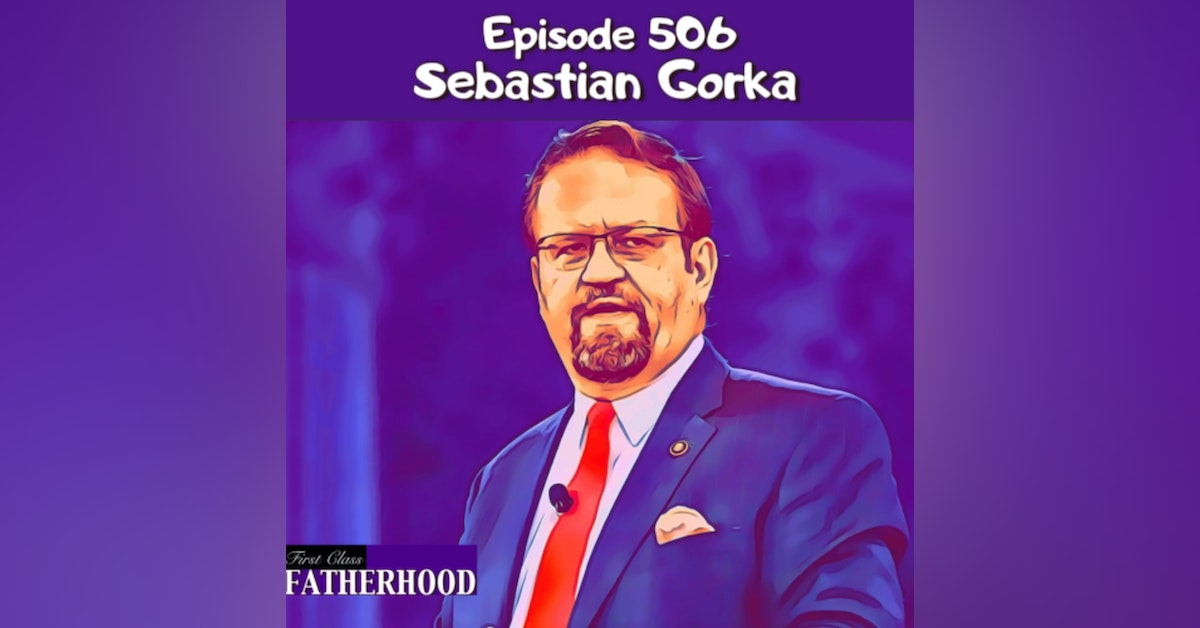 Episode 506 Sebastian Gorka is a First Class Father and host of America First podcast. Sebastian was born to parents who had lived, as children, under fascism and then escaped Communist Hungary, Sebastian was raised to love freedom. He served in the British Army reserve in a Military Intelligence unit. In 2008 he moved to America with his family where he worked for the Defense Department and became a proud American citizen in 2012. Sebastian was an advisor to candidate Donald J. Trump. He served on the staff of the White House in 2017 as Deputy Assistant to the President for Strategy. In 2020, President Donald Trump named Gorka to the National Security Education Board. He is the author of two bestselling books, “Defeating Jihad” and “Why We Fight…Defeating America’s Enemies with No Apologies.” In this Episode, Sebastian shares his Fatherhood journey which includes two children. He describes the values he hoped to instill in his kids growing up. He discusses the Fatherless Crisis and what has led to the breakdown of the Nuclear Family Units in America. He talks about how we can strengthen our family units. He offers some great advice for new or about to be Dads and more! Subscribe to First Class Fatherhood and watch on YouTube - https://www.youtube.com/channel/UCCD6cjYptutjJWYlM0Kk6cQ?sub_confirmation=1 SPONSORS: SeatGeek - https://seatgeek.com Promo Code: FirstClass Save: $20 off tickets MY PILLOW - https://www.mypillow.com Promo Code: Fatherhood Save Up To 66% Off 1-800-875-0219 More Ways To Listen - https://linktr.ee/alec_lace First Class Fatherhood Merch - https://shop.spreadshirt.com/first-class-fatherhood-/we+are+not+babysitters-A5d09ea872051763ad613ec8e?productType=812&sellable=3017x1aBoNI8jJe83pw5-812-7&appearance=1 Follow me on instagram - https://instagram.com/alec_lace?igshid=ebfecg0yvbap For information about becoming a Sponsor of First Class Fatherhood please hit me with an email: FirstClassFatherhood@gmail.com --- Support this podcast: https://anchor.fm/alec-lace/support