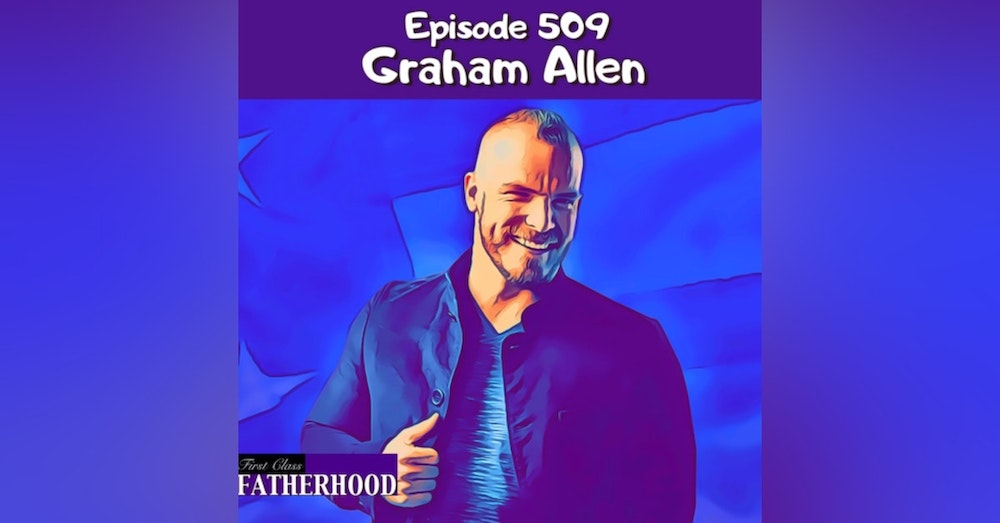 Episode 509 Graham Allen is a First Class Father, accomplished entrepreneur, author, media personality, and combat veteran. He served in the United States Army for over twelve years, including two tours during Operation Iraqi Freedom, and completed his service as an Army Staff Sergeant. After leaving active duty, Graham launched social media-based radio and television programs which have amassed over five million followers and four billion video views to date. He is a contributor to Turning Point U.S.A., the author of America 3:16, and the host of Dear America Podcast, one of the fastest-growing podcasts in the country. He is currently running for Congress in South Carolina. In this Episode, Graham shares his Fatherhood journey which includes three children. He discusses why he decided to launch his campaign for Congress in South Carolina. He describes the top values that he hopes to instill in his kids. He talks about the importance of his faith and the importance of having a strong marriage. He offers some great advice for new or about to be Dads and more! Subscribe to First Class Fatherhood and watch on YouTube - https://www.youtube.com/channel/UCCD6cjYptutjJWYlM0Kk6cQ?sub_confirmation=1 SPONSORS: SeatGeek - https://seatgeek.com Promo Code: FirstClass Save: $20 off tickets MY PILLOW - https://www.mypillow.com Promo Code: Fatherhood Save Up To 66% Off 1-800-875-0219 More Ways To Listen - https://linktr.ee/alec_lace First Class Fatherhood Merch - https://shop.spreadshirt.com/first-class-fatherhood-/we+are+not+babysitters-A5d09ea872051763ad613ec8e?productType=812&sellable=3017x1aBoNI8jJe83pw5-812-7&appearance=1 Follow me on instagram - https://instagram.com/alec_lace?igshid=ebfecg0yvbap For information about becoming a Sponsor of First Class Fatherhood please hit me with an email: FirstClassFatherhood@gmail.com --- Support this podcast: https://anchor.fm/alec-lace/support