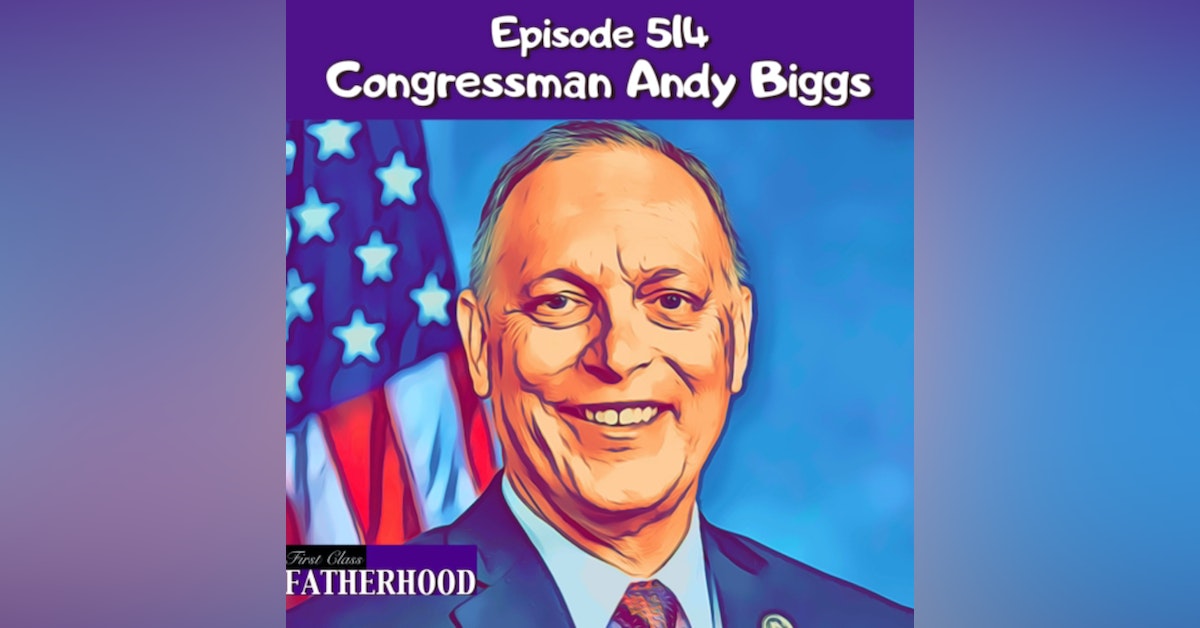 Episode 514 Congressman Andy Biggs is a First Class Father currently serving his third term in the U.S. House of Representatives, representing Arizona's Fifth District. Before being elected to Congress, Congressman Biggs served in the Arizona Legislature for 14 years with the last four as the Arizona Senate President. Congressman Biggs is a member of the House Judiciary and Oversight and Reform committees. He is chairman of the House Freedom Caucus, co-chair of the Border Security Caucus, co-chair of the War Powers Caucus, and Chief Regulatory Reform Officer of the Western Caucus. In this Episode, Congressman Biggs shares his Fatherhood journey which includes six kids and seven grandchildren. He describes the top values he instilled in his kids growing up. He discusses the Fatherless Crisis and how it relates to what is going on at the US southern border. He talks about the challenges of being a Congressman while being a Dad in today’s toxic political atmosphere. He offers some great advice for new or about to be Dads and more! Subscribe to First Class Fatherhood and watch on YouTube - https://www.youtube.com/channel/UCCD6cjYptutjJWYlM0Kk6cQ?sub_confirmation=1 SPONSORS: SeatGeek - https://seatgeek.com Promo Code: FirstClass Save: $20 off tickets MY PILLOW - https://www.mypillow.com Promo Code: Fatherhood Save Up To 66% Off 1-800-875-0219 More Ways To Listen - https://linktr.ee/alec_lace First Class Fatherhood Merch - https://shop.spreadshirt.com/first-class-fatherhood-/we+are+not+babysitters-A5d09ea872051763ad613ec8e?productType=812&sellable=3017x1aBoNI8jJe83pw5-812-7&appearance=1 Follow me on instagram - https://instagram.com/alec_lace?igshid=ebfecg0yvbap For information about becoming a Sponsor of First Class Fatherhood please hit me with an email: FirstClassFatherhood@gmail.com --- Support this podcast: https://anchor.fm/alec-lace/support