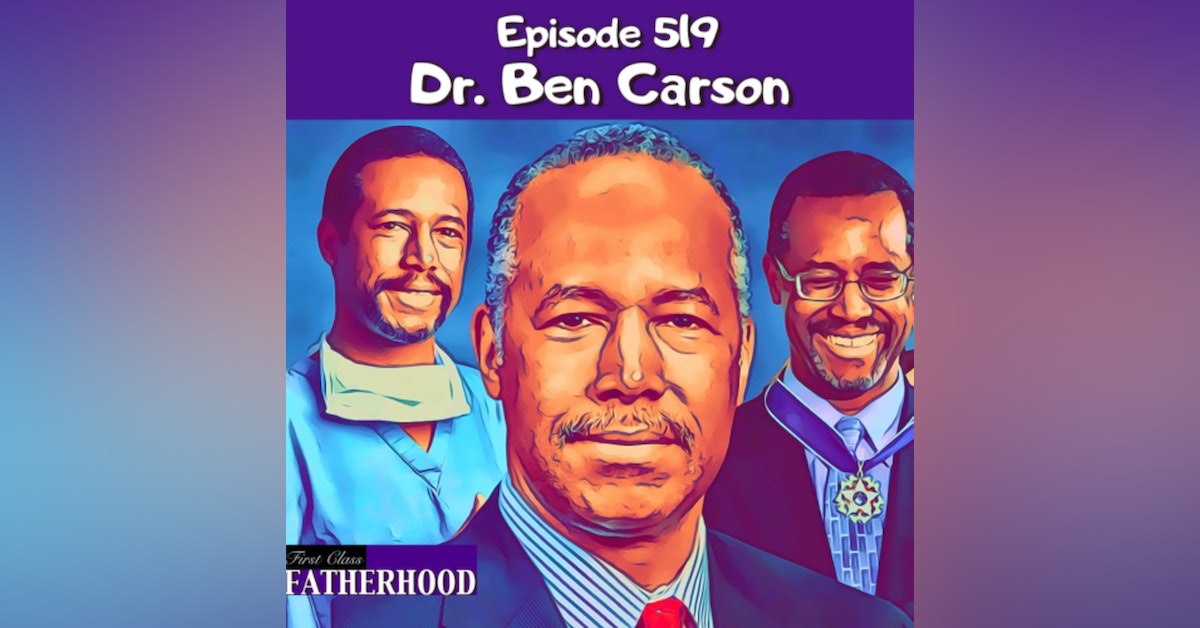 Episode 519 Dr. Ben Carson is a First Class Father and World Class Neurosurgeon. He became director of pediatric neurosurgery at the Johns Hopkins Children's Center in 1984 at age 33, then the youngest chief of pediatric neurosurgery in the United States. He gained worldwide fame when he performed the first successful separation of conjoined twins who were attached at the back of the head. He would go on to become a professor of neurosurgery, oncology, plastic surgery, and pediatrics at the Johns Hopkins School of Medicine. In 2008, he was bestowed the Presidential Medal of Freedom. He became a candidate for President of the United States in 2016 and served as the 17th United States Secretary of Housing and Urban Development. In this Episode, Dr. Carson shares his Fatherhood journey which includes three sons. He discusses the Fatherless Crisis and how he attempted to make changes as the Secretary of HUD to help reduce the number of kids growing up without a Father in the home. He describes the sudden fascination with Critical Race Theory and it’s effect on our children. He talks about The American Cornerstone Institute and his vision for the future of the organization. He offers some great advice for new or about to be Dads and more! The American Cornerstone Institute - https://www.americancornerstone.org Subscribe to First Class Fatherhood and watch on YouTube - https://www.youtube.com/channel/UCCD6cjYptutjJWYlM0Kk6cQ?sub_confirmation=1 SPONSORS: SeatGeek - https://seatgeek.com Promo Code: FirstClass Save: $20 off tickets MY PILLOW - https://www.mypillow.com Promo Code: Fatherhood Save Up To 66% Off 1-800-875-0219 More Ways To Listen - https://linktr.ee/alec_lace First Class Fatherhood Merch - https://shop.spreadshirt.com/first-class-fatherhood-/we+are+not+babysitters-A5d09ea872051763ad613ec8e?productType=812&sellable=3017x1aBoNI8jJe83pw5-812-7&appearance=1 Follow me on instagram - https://instagram.com/alec_lace?igshid=ebfecg0yvbap For information about becoming a Sponsor of First Class Fatherhood please hit me with an email: FirstClassFatherhood@gmail.com --- Support this podcast: https://anchor.fm/alec-lace/support