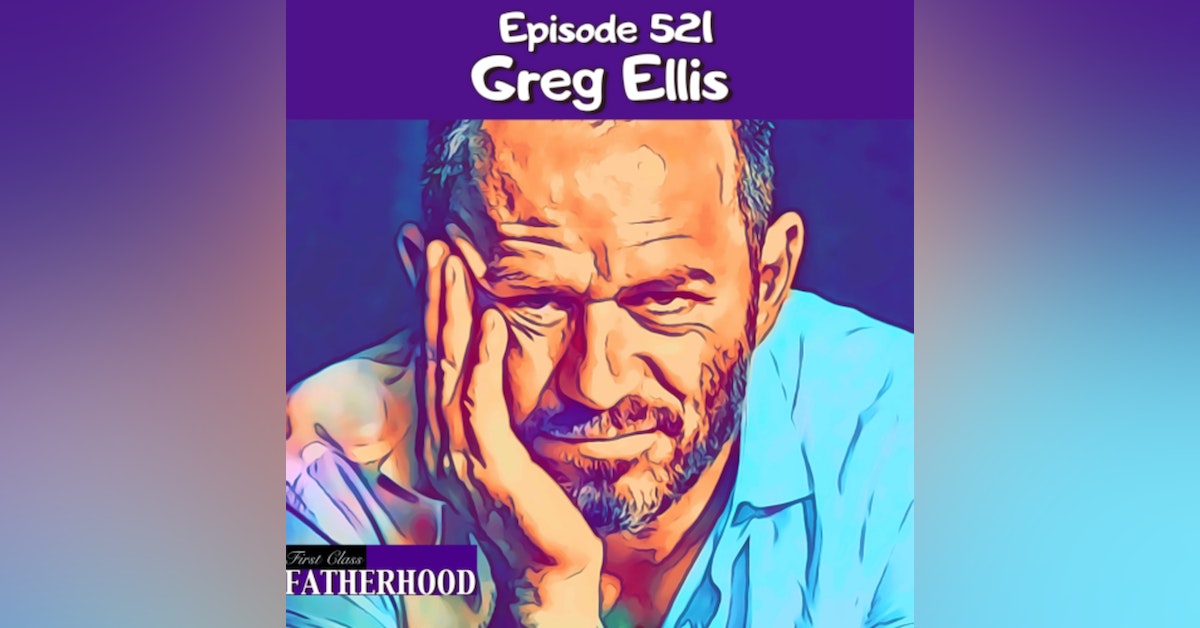 Episode 521 Greg Ellis is a First Class Father and Emmy Award–nominated actor. He has appeared in Oscar-winning movies, directed Hollywood superstars, produced and written television shows and commercials, performed leading stage roles in original Andrew Lloyd Webber and Cameron Mackintosh musicals on Broadway, voiced cartoon characters for movies, TV series, cartoons, over 120 video games and has recorded multiple albums, singles and soundtracks. Greg’s major motion picture film credits include billion-dollar franchises like the Pirates of the Caribbean series, and Titanic, Star Trek, Mr. & Mrs. Smith, and Beowulf. TV credits include 24, The X-Files, CSI, Dexter, NCIS, Hawaii Five-O, and more. He is the author of, The Respondent: Exposing the Cartel of Family Law. In this Episode, Greg shares his Fatherhood journey which includes two sons. He discusses the overwhelming issues with the Family Court System and why it needs a complete overhaul. He describes the pain of custody battles and how it helps add to the fatherless crisis. He gives some advice for dads who are about to face a custody battle. He talks about his book and podcast, THE RESPONDENT. He offers some great advice for new or about to be Dads and more! The Respondent: Exposing the Cartel of Family Law - https://www.amazon.com/Respondent-Exposing-Cartel-Family-Law-ebook/dp/B094DWXZCH THE RESPONDENT - https://podcasts.apple.com/us/podcast/the-respondent/id1519524161 Subscribe to First Class Fatherhood and watch on YouTube - https://www.youtube.com/channel/UCCD6cjYptutjJWYlM0Kk6cQ?sub_confirmation=1 SPONSORS: SeatGeek - https://seatgeek.com Promo Code: FirstClass Save: $20 off tickets MY PILLOW - https://www.mypillow.com Promo Code: Fatherhood Save Up To 66% Off 1-800-875-0219 More Ways To Listen - https://linktr.ee/alec_lace First Class Fatherhood Merch - https://shop.spreadshirt.com/first-class-fatherhood-/we+are+not+babysitters-A5d09ea872051763ad613ec8e?productType=812&sellable=3017x1aBoNI8jJe83pw5-812-7&appearance=1 Follow me on instagram - https://instagram.com/alec_lace?igshid=ebfecg0yvbap For information about becoming a Sponsor of First Class Fatherhood please hit me with an email: FirstClassFatherhood@gmail.com --- Support this podcast: https://anchor.fm/alec-lace/support