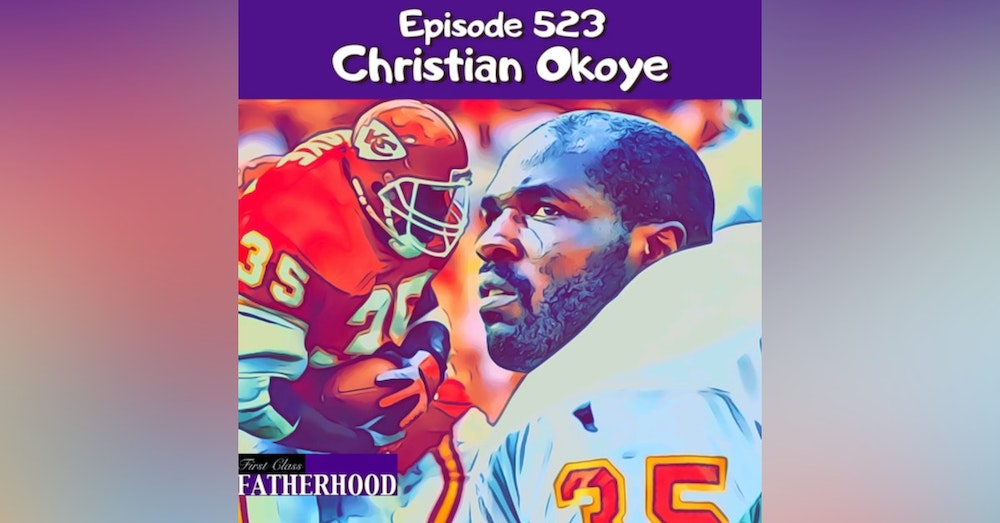 Episode 523 Christian Okoye is a First Class Father and NFL Legend. Christian was known throughout his career as The Nigerian Nightmare. He didn’t play football until he was 23 years old but he would eventually be drafted in the second round of the 1987 NFL Draft by the Kansas City Chiefs. He played his entire 6 year NFL career with the Chiefs and is in the Chiefs Ring of Honor and Hall of Fame. In this Episode, Christian shares his Fatherhood journey which includes four children. He discusses the death of his first child who died shortly after birth and the impact the tragedy had on his playing career. He describes his feelings on young kids playing tackle football and what he believes is a good age to start. He talks about Kamaru Usman using his nickname The Nigerian Nightmare and how he feels about it. He offers some great advice for new or about to be Dads and more! California Sports Hall of Fame - https://californiasportshalloffame.org Subscribe to First Class Fatherhood and watch on YouTube - https://www.youtube.com/channel/UCCD6cjYptutjJWYlM0Kk6cQ?sub_confirmation=1 SPONSORS: SeatGeek - https://seatgeek.com Promo Code: FirstClass Save: $20 off tickets MY PILLOW - https://www.mypillow.com Promo Code: Fatherhood Save Up To 66% Off 1-800-875-0219 More Ways To Listen - https://linktr.ee/alec_lace First Class Fatherhood Merch - https://shop.spreadshirt.com/first-class-fatherhood-/we+are+not+babysitters-A5d09ea872051763ad613ec8e?productType=812&sellable=3017x1aBoNI8jJe83pw5-812-7&appearance=1 Follow me on instagram - https://instagram.com/alec_lace?igshid=ebfecg0yvbap For information about becoming a Sponsor of First Class Fatherhood please hit me with an email: FirstClassFatherhood@gmail.com --- Support this podcast: https://anchor.fm/alec-lace/support