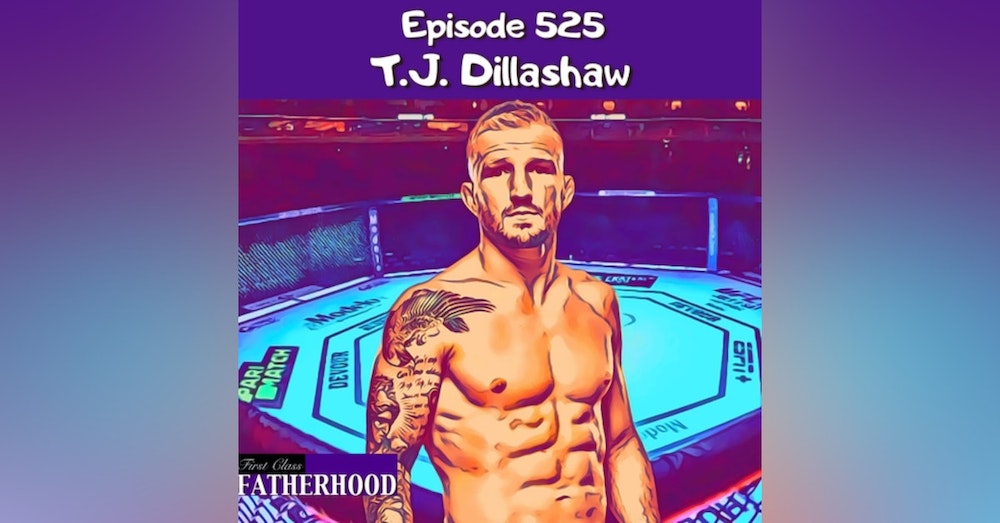 Episode 525 T.J. Dillashaw is a First Class Father and 2x UFC Bantamweight Champion. He is currently the #2 Ranked Bantamweight fighter in the UFC. In 2014, he won the UFC Bantamweight Championship by dominating Renan Barão after being moved up the card to fight for the Bantamweight championship in UFC 173. Dillashaw regained the Bantamweight title in 2018 at UFC 217 by knocking out Cody Garbrandt in the second round. Dillashaw currently holds the record for most knockout wins in UFC Bantamweight division history with seven. In this Episode, T.J. shares his Fatherhood journey which includes a three year old son. He discusses how becoming a Dad has changed him as a fighter. He describes his son’s reaction when he comes home from a fight. He talks about kids getting into Brazilian Jiu Jitsu and what is a good age for them to start. He tells us his plans for his post fight career, if he and his wife plan on having more kids and who he will be facing next in the octagon. He offers some great advice for new or about to be Dads and more! Subscribe to First Class Fatherhood and watch on YouTube - https://www.youtube.com/channel/UCCD6cjYptutjJWYlM0Kk6cQ?sub_confirmation=1 SPONSORS: SeatGeek - https://seatgeek.com Promo Code: FirstClass Save: $20 off tickets MY PILLOW - https://www.mypillow.com Promo Code: Fatherhood Save Up To 66% Off 1-800-875-0219 More Ways To Listen - https://linktr.ee/alec_lace First Class Fatherhood Merch - https://shop.spreadshirt.com/first-class-fatherhood-/we+are+not+babysitters-A5d09ea872051763ad613ec8e?productType=812&sellable=3017x1aBoNI8jJe83pw5-812-7&appearance=1 Follow me on instagram - https://instagram.com/alec_lace?igshid=ebfecg0yvbap For information about becoming a Sponsor of First Class Fatherhood please hit me with an email: FirstClassFatherhood@gmail.com --- Support this podcast: https://anchor.fm/alec-lace/support