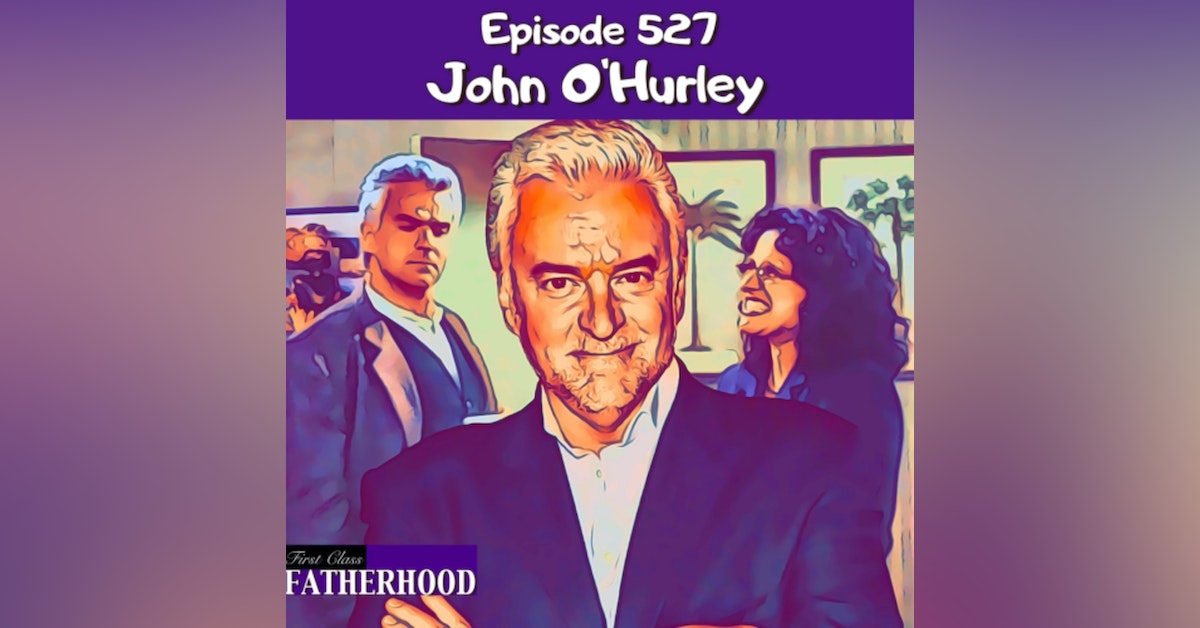 Episode 527 John O’Hurley is a First Class Father, actor, comedian, author, game show host and television personality. He is well known for his role as J. Peterman on the NBC sitcom SEINFELD. He was the host of the popular game show FAMILY FEUD. John was a contestant and runner up on the first season of the television show Dancing with the Stars. He is an accomplished pianist and a Broadway actor as well who has starred as Billy Flynn in CHICAGO. In this Episode, John shares his Fatherhood journey which includes a teenage son. He discusses the importance of teaching his son to live by his imagination to create an extraordinary life. He talks about epilepsy and gives advice for parents of kids with epilepsy. John honors his sister's memory by raising awareness for the Epilepsy Foundation. He talks about the principles that are important to him and that he is instilling in his son. He offers some great advice for new or about to be Dads and more! Epilepsy Foundation - https://www.epilepsy.com Subscribe to First Class Fatherhood and watch on YouTube - https://www.youtube.com/channel/UCCD6cjYptutjJWYlM0Kk6cQ?sub_confirmation=1 SPONSORS: SeatGeek - https://seatgeek.com Promo Code: FirstClass Save: $20 off tickets MY PILLOW - https://www.mypillow.com Promo Code: Fatherhood Save Up To 66% Off 1-800-875-0219 More Ways To Listen - https://linktr.ee/alec_lace First Class Fatherhood Merch - https://shop.spreadshirt.com/first-class-fatherhood-/we+are+not+babysitters-A5d09ea872051763ad613ec8e?productType=812&sellable=3017x1aBoNI8jJe83pw5-812-7&appearance=1 Follow me on instagram - https://instagram.com/alec_lace?igshid=ebfecg0yvbap For information about becoming a Sponsor of First Class Fatherhood please hit me with an email: FirstClassFatherhood@gmail.com --- Support this podcast: https://anchor.fm/alec-lace/support