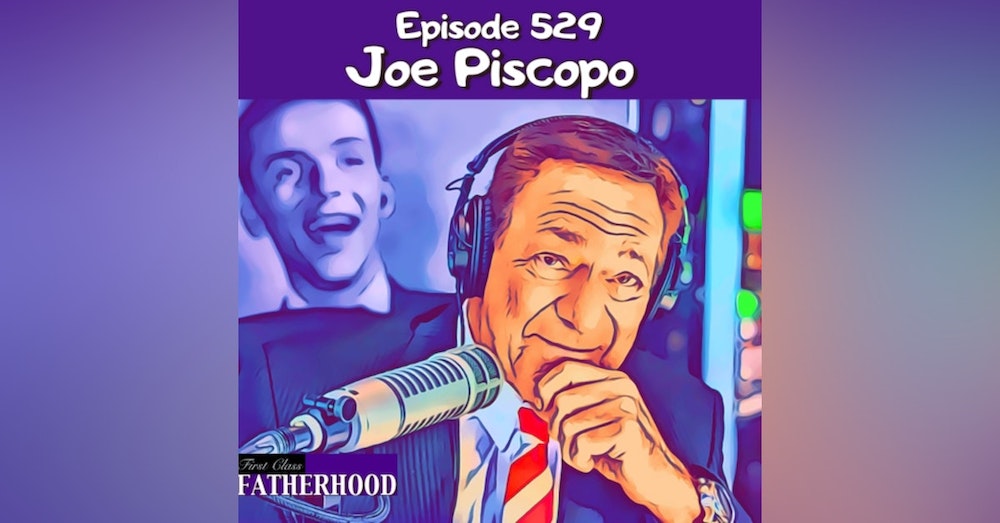 Episode 529 Joe Piscopo is a First Class Father, actor, comedian and performer. He is best known for his impressions of celebrities, especially Frank Sinatra. He was a cast member on Saturday Night Live from 1980 to 1984, where he played a variety of recurring characters. Joe starred in movies such as “Johnny Dangerously”, “Wise Guys”, “Dead Heat” and “Sidekicks”. Joe has won the acclaim and affection of millions. For decades, Joe has proven to be one of show business’ brightest lights. He is currently the host of “Sundays With Sinatra” on 770 WABC. In this Episode, Joe shares his Fatherhood journey which includes five children. He discusses the relationship with his father and how Frank Sinatra became his role model. He describes the audience of his radio show SUNDAYS WITH SINATRA and how parents are listening with their kids. He talks about the values that are important for him to instill in his kids. He offers some great advice for new or about to be Dads and more! SUNDAYS WITH SINATRA - https://wabcradio.com/podcast/piscopo_sunday_sinatra/ SPONSORS: SeatGeek - https://seatgeek.com Promo Code: FirstClass Save: $20 off tickets MY PILLOW - https://www.mypillow.com Promo Code: Fatherhood Save Up To 66% Off 1-800-875-0219 More Ways To Listen - https://linktr.ee/alec_lace First Class Fatherhood Merch - https://shop.spreadshirt.com/first-class-fatherhood-/we+are+not+babysitters-A5d09ea872051763ad613ec8e?productType=812&sellable=3017x1aBoNI8jJe83pw5-812-7&appearance=1 Follow me on instagram - https://instagram.com/alec_lace?igshid=ebfecg0yvbap For information about becoming a Sponsor of First Class Fatherhood please hit me with an email: FirstClassFatherhood@gmail.com --- Support this podcast: https://anchor.fm/alec-lace/support