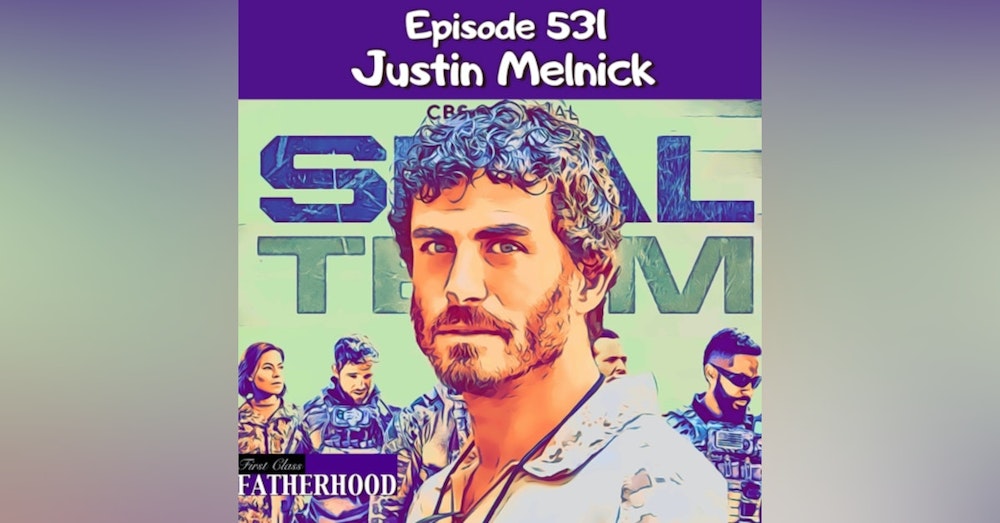 Episode 531 Justin Melnick is a First Class Father and actor who currently stars on SEAL Team. Justin is a former police officer and war photographer turned actor. He plays Brock Reynolds on CBS’ SEAL Team. SEAL Team follows the lives of the elite Navy SEALs as they train, plan and execute the most dangerous, high-stakes missions for the United States of America. The show begins its 5th season next month. In this Episode, Justin shares his Fatherhood journey which includes two Stepchildren and a month old. He discusses the paradox of doing a job he loves but causes him to miss a lot of time with his newborn. He describes what it’s like to work with and portray Navy SEALs who were his heroes growing up. He talks about how being a dad has influenced which future acting roles he will accept. He offers some great advice for new or about to be Dads and more! SPONSORS: DML CBD - https://dmlcbd.com Promo Code: Father SeatGeek - https://seatgeek.com Promo Code: FirstClass Save: $20 off tickets MY PILLOW - https://www.mypillow.com Promo Code: Fatherhood Save Up To 66% Off 1-800-875-0219 More Ways To Listen - https://linktr.ee/alec_lace First Class Fatherhood Merch - https://shop.spreadshirt.com/first-class-fatherhood-/we+are+not+babysitters-A5d09ea872051763ad613ec8e?productType=812&sellable=3017x1aBoNI8jJe83pw5-812-7&appearance=1 Follow me on instagram - https://instagram.com/alec_lace?igshid=ebfecg0yvbap For information about becoming a Sponsor of First Class Fatherhood please hit me with an email: FirstClassFatherhood@gmail.com --- Support this podcast: https://anchor.fm/alec-lace/support