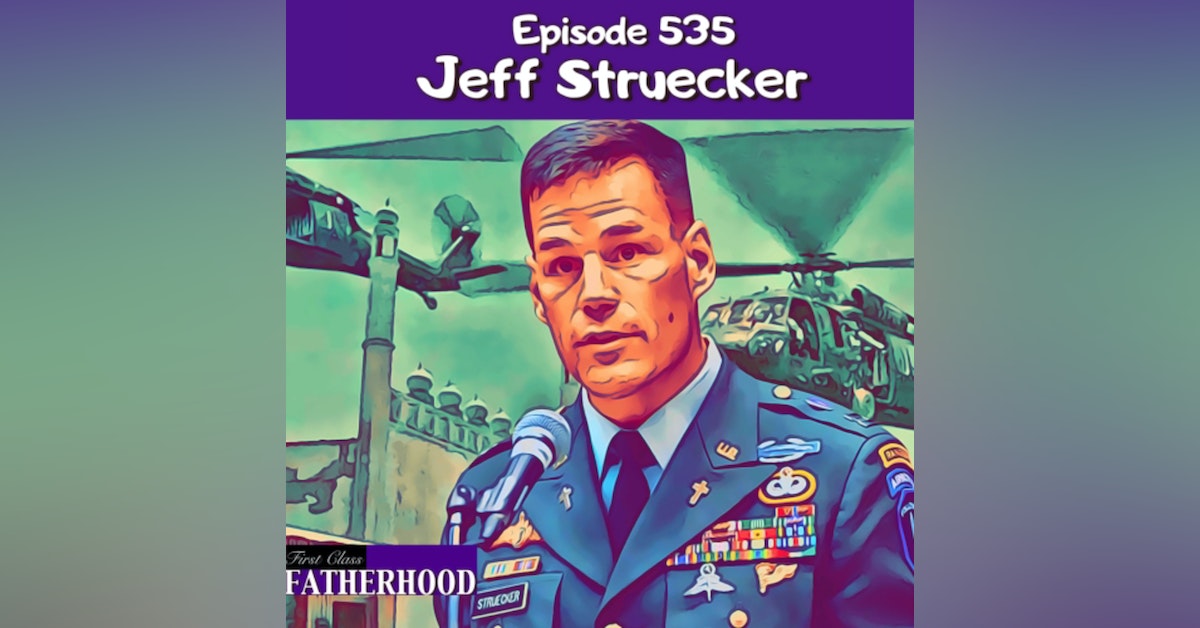 Episode 535 Jeff Struecker is a First Class Father and retired Army Ranger who received the Silver Star for his heroic actions during The Battle of Mogadishu or Operation Gothic Serpent which would eventually become immortalized in the film BLACK HAWK DOWN. His other combat experience includes participation in the invasion of Panama, Operation Desert Storm, and more than a dozen combat tours in Afghanistan and Iraq. Jeff spent his final ten years in the US Army serving as a chaplain in Airborne and Ranger units. In 2017, he was inducted into the US Army Ranger Hall of Fame. In this Episode, Jeff shares his Fatherhood journey which includes five children. He describes the emotions of finding out he would be a dad for the first time during the Black Hawk Down mission. He discusses the balance of being a pastor and a man of faith while being a warrior. He offers some great advice for new or about to be Dads and more! JEFF STRUECKER - https://jeffstruecker.com Subscribe to First Class Fatherhood and watch on YouTube - https://www.youtube.com/channel/UCCD6cjYptutjJWYlM0Kk6cQ?sub_confirmation=1 SPONSORS: DML CBD - https://dmlcbd.com Promo Code: Father SeatGeek - https://seatgeek.com Promo Code: FirstClass Save: $20 off tickets MY PILLOW - https://www.mypillow.com Promo Code: Fatherhood Save Up To 66% Off 1-800-875-0219 More Ways To Listen - https://linktr.ee/alec_lace First Class Fatherhood Merch - https://shop.spreadshirt.com/first-class-fatherhood-/we+are+not+babysitters-A5d09ea872051763ad613ec8e?productType=812&sellable=3017x1aBoNI8jJe83pw5-812-7&appearance=1 Follow me on instagram - https://instagram.com/alec_lace?igshid=ebfecg0yvbap For information about becoming a Sponsor of First Class Fatherhood please hit me with an email: FirstClassFatherhood@gmail.com --- Support this podcast: https://anchor.fm/alec-lace/support