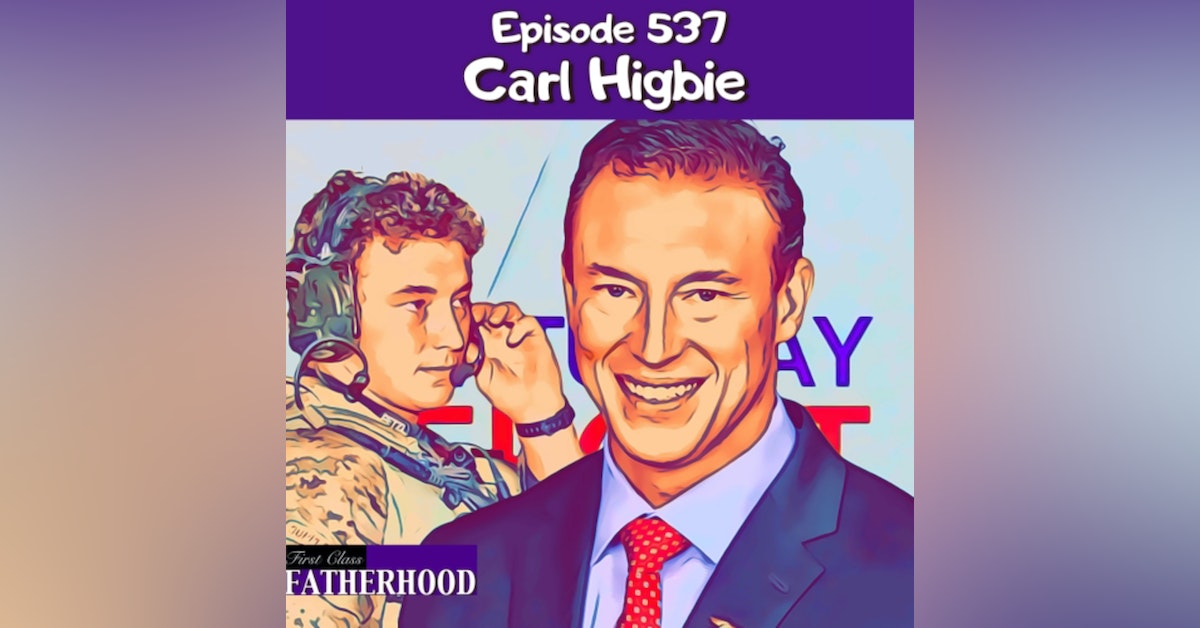 Episode 537 Carl Higbie is a First Class Father and former Navy SEAL. He is currently the host of Saturday Report on Newsmax. Carl is a combat veteran who served with the elite US Navy SEALs Teams. He joined the military as a result of the Terrorist attacks on 9/11. He was on the Navy SEAL assault team that captured the most wanted man in the Middle East known as the Butcher of Fallujah, Ahmed Hashim Abd Al-Isawi. After his military service he appeared regularly on Fox News and CNN before joining Newsmax. His day job is in finance and he has written two books “Enemies, Foreign and Domestic: A SEAL's Story” and “Battle on The Home Front: A Navy SEAL's mission to save the American dream”. In this Episode, Carl shares his Fatherhood journey which includes two children. He makes a huge family announcement. He discusses an incident in which he was molested as a child, how it has affected him as a Father and what parents need to know to protect their children. He describes the importance of the father and the consequences of the Fatherless Crisis. He talks about his upcoming book. He offers some great advice for new or about to be Dads and more! Subscribe to First Class Fatherhood and watch on YouTube - https://www.youtube.com/channel/UCCD6cjYptutjJWYlM0Kk6cQ?sub_confirmation=1 SPONSORS: DML CBD - https://dmlcbd.com Promo Code: Father SeatGeek - https://seatgeek.com Promo Code: FirstClass Save: $20 off tickets MY PILLOW - https://www.mypillow.com Promo Code: Fatherhood Save Up To 66% Off 1-800-875-0219 More Ways To Listen - https://linktr.ee/alec_lace First Class Fatherhood Merch - https://shop.spreadshirt.com/first-class-fatherhood-/we+are+not+babysitters-A5d09ea872051763ad613ec8e?productType=812&sellable=3017x1aBoNI8jJe83pw5-812-7&appearance=1 Follow me on instagram - https://instagram.com/alec_lace?igshid=ebfecg0yvbap For information about becoming a Sponsor of First Class Fatherhood please hit me with an email: FirstClassFatherhood@gmail.com --- Support this podcast: https://anchor.fm/alec-lace/support