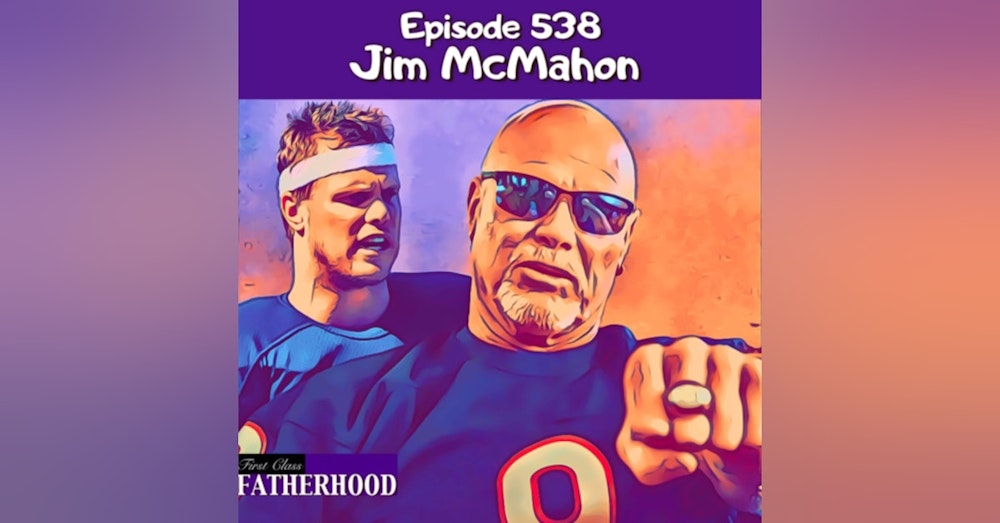 Episode 538 Jim McMahon is a First Class Father and 2x Super Bowl Champion Quarterback. He quarterbacked one of the greatest teams in NFL history, the 1985 Chicago Bears, which dominated the NFL regular season and destroyed the New England Patriots in Super Bowl XX. Jim was drafted with the 5th overall pick in the first round of the 1982 NFL Draft by the Bears after playing his college football at BYU. He would go on to play for several other NFL teams including the Green Bay Packers who won Super Bowl XXXI with Jim as a backup quarterback. In this Episode, Jim shares his Fatherhood journey which includes four children. He discusses why he taught his kids the fundamentals of sports but was never the coach of any of their teams. He describes his feelings on young kids playing tackle football. He talks about his experience using CBD for his post football injuries. He offers some great advice for new or about to be Dads and more! Subscribe to First Class Fatherhood and watch on YouTube - https://www.youtube.com/channel/UCCD6cjYptutjJWYlM0Kk6cQ?sub_confirmation=1 SPONSORS: DML CBD - https://dmlcbd.com Promo Code: Father SeatGeek - https://seatgeek.com Promo Code: FirstClass Save: $20 off tickets MY PILLOW - https://www.mypillow.com Promo Code: Fatherhood Save Up To 66% Off 1-800-875-0219 More Ways To Listen - https://linktr.ee/alec_lace First Class Fatherhood Merch - https://shop.spreadshirt.com/first-class-fatherhood-/we+are+not+babysitters-A5d09ea872051763ad613ec8e?productType=812&sellable=3017x1aBoNI8jJe83pw5-812-7&appearance=1 Follow me on instagram - https://instagram.com/alec_lace?igshid=ebfecg0yvbap For information about becoming a Sponsor of First Class Fatherhood please hit me with an email: FirstClassFatherhood@gmail.com --- Support this podcast: https://anchor.fm/alec-lace/support