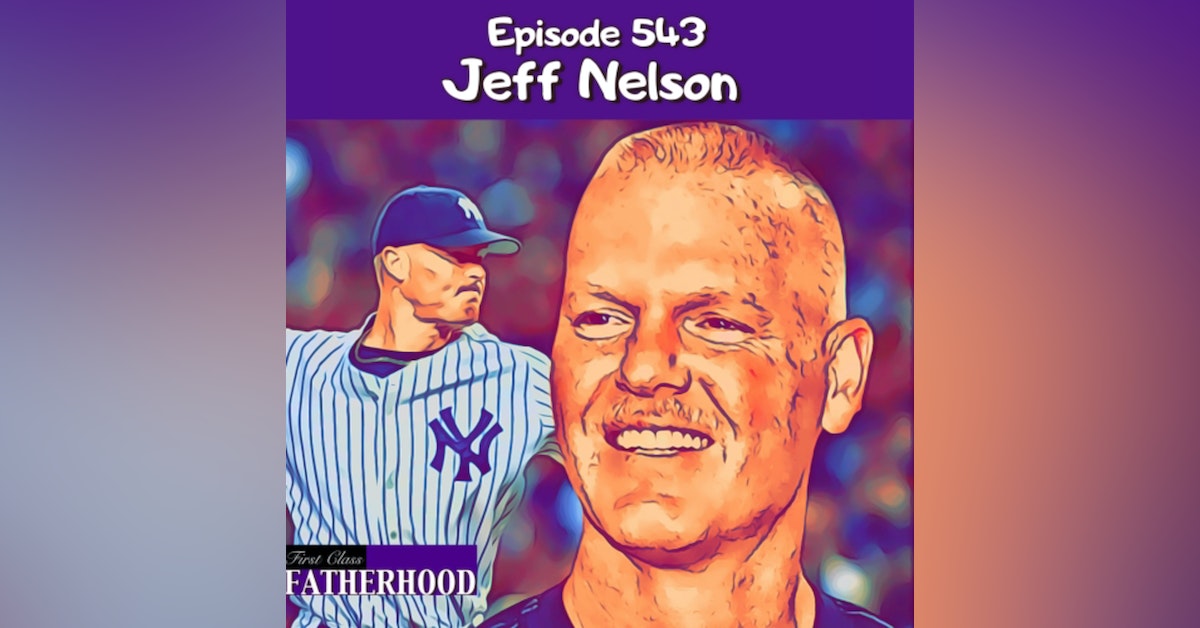 Episode 543 Jeff Nelson is a First Class Father and 4x World Series Champion Pitcher. Jeff pitched for the New York Yankees World Series Championship teams in 1996, 1998, 1999 and 2000. Jeff also pitched for the Seattle Mariners, Texas Rangers and Chicago White Sox. During his 15 year career, Jeff pitched in 798 games with a winning record. In 55 post-season games he recorded 62 strikeouts and a 2.65 ERA in 54.1 innings. He is currently a television color analyst for the Miami Marlins and New York Yankees. In this Episode, Jeff shares his Fatherhood journey which includes four daughters. He discusses the balance of becoming a new dad while playing at a high level in professional Baseball. He describes his parenting philosophy when his girls became old enough to start dating. He talks about young kids playing baseball and gives advice for parents of kids interested in taking it to the next level. He offers some great advice for new or about to be Dads and more! Subscribe to First Class Fatherhood and watch on YouTube - https://www.youtube.com/channel/UCCD6cjYptutjJWYlM0Kk6cQ?sub_confirmation=1 SPONSORS: DML CBD - https://dmlcbd.com Promo Code: Father SeatGeek - https://seatgeek.com Promo Code: FirstClass Save: $20 off tickets MY PILLOW - https://www.mypillow.com Promo Code: Fatherhood Save Up To 66% Off 1-800-875-0219 More Ways To Listen - https://linktr.ee/alec_lace First Class Fatherhood Merch - https://shop.spreadshirt.com/first-class-fatherhood-/we+are+not+babysitters-A5d09ea872051763ad613ec8e?productType=812&sellable=3017x1aBoNI8jJe83pw5-812-7&appearance=1 Follow me on instagram - https://instagram.com/alec_lace?igshid=ebfecg0yvbap For information about becoming a Sponsor of First Class Fatherhood please hit me with an email: FirstClassFatherhood@gmail.com --- Support this podcast: https://anchor.fm/alec-lace/support