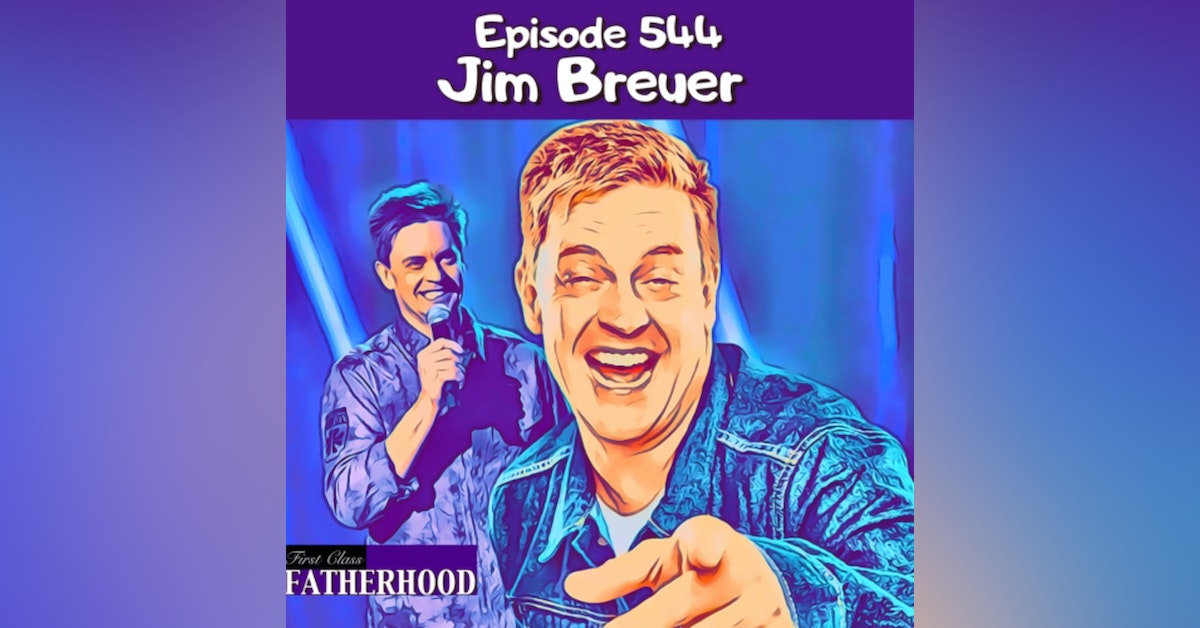 Episode 544 Jim Breuer is a First Class Father and Stand-up comedian. He is well known for his role in the movie Half Baked which co-starred fellow comedian Dave Chappelle. Jim was a regular cast member on Saturday Night Live from 1995 to 1998. He’s had several one hour specials on Comedy Central and has sold out shows all across the country. Jim also hosted radio shows on Sirius XM and TV shows on MTV and VH1. He is currently touring the country with his “Freedom of Laughter Tour” and has an upcoming Stand-up special “Somebody had to Say It” which will be available on his Patreon Page. In this Episode, Jim shares his Fatherhood journey which includes three daughters. He discusses how he responded when his girls became old enough to start dating. He describes his discipline style as a Dad. He talks about the cancel culture and gives advice for parents of aspiring comedians. He offers some great advice for new or about to be Dads and more! JIM BREUER - https://www.jimbreuer.com Subscribe to First Class Fatherhood and watch on YouTube - https://www.youtube.com/channel/UCCD6cjYptutjJWYlM0Kk6cQ?sub_confirmation=1 SPONSORS: DML CBD - https://dmlcbd.com Promo Code: Father SeatGeek - https://seatgeek.com Promo Code: FirstClass Save: $20 off tickets MY PILLOW - https://www.mypillow.com Promo Code: Fatherhood Save Up To 66% Off 1-800-875-0219 More Ways To Listen - https://linktr.ee/alec_lace First Class Fatherhood Merch - https://shop.spreadshirt.com/first-class-fatherhood-/we+are+not+babysitters-A5d09ea872051763ad613ec8e?productType=812&sellable=3017x1aBoNI8jJe83pw5-812-7&appearance=1 Follow me on instagram - https://instagram.com/alec_lace?igshid=ebfecg0yvbap For information about becoming a Sponsor of First Class Fatherhood please hit me with an email: FirstClassFatherhood@gmail.com --- Support this podcast: https://anchor.fm/alec-lace/support