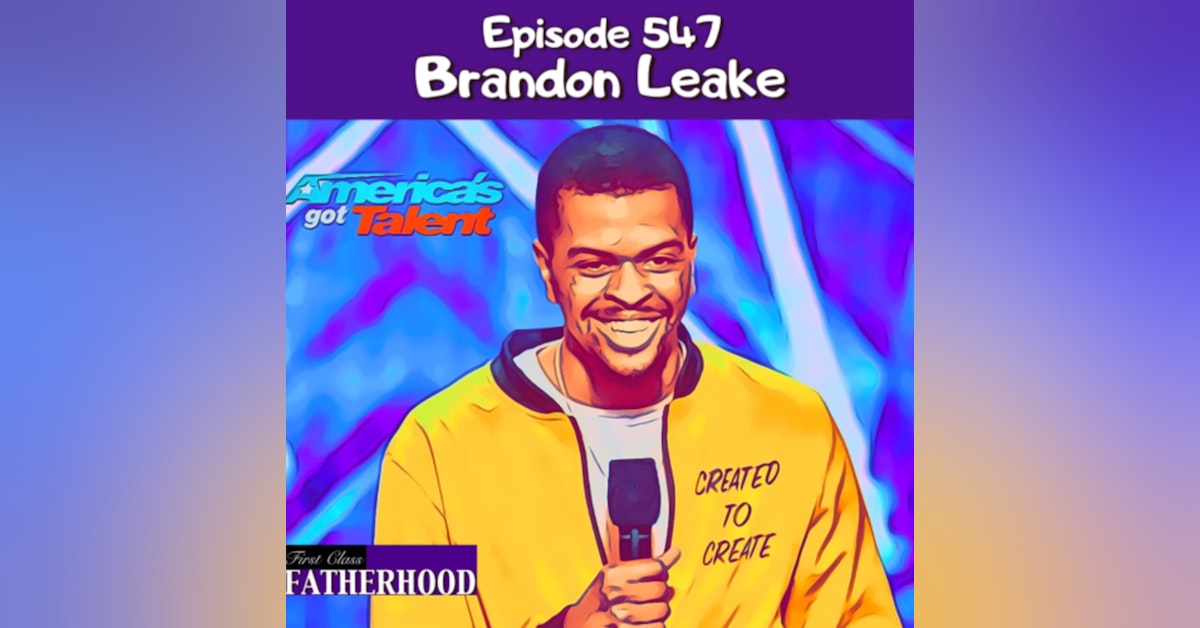 Episode 547 Brandon Leake is a First Class Father and Winner of America’s Got Talent season 15. He was the first ever spoken word poet on the popular competition show. He received the Golden Buzzer in the first round from Howie Mandel, who was a guest on Episode 467 of First Class Fatherhood. Brandon performed pieces about his sister who died and his father who abandoned him. He was named the champion of the 15th season in September 2020, took home the $1 million dollar cash prize, a brand new car and the opportunity to star in Luxor Las Vegas. He will begin performances at the Luxor on November 4th. He has performed in 36 US states, New Zealand, Mexico and Canada and has released a poignant new album titled “Level”. In this Episode, Brandon shares his Fatherhood journey which includes two children under two years old. He discusses the impact of growing up without a father and the need to have more positive male role models in society. He describes the power of creativity and gives advice for parents of kids interested in poetry. He talks about his upcoming performances at the Luxor in Las Vegas. He offers some great advice for new or about to be Dads and more! BRANDON LEAKE - https://linktr.ee/calledtomovectm Subscribe to First Class Fatherhood and watch on YouTube - https://www.youtube.com/channel/UCCD6cjYptutjJWYlM0Kk6cQ?sub_confirmation=1 SPONSORS: DML CBD - https://dmlcbd.com Promo Code: Father SeatGeek - https://seatgeek.com Promo Code: FirstClass Save: $20 off tickets MY PILLOW - https://www.mypillow.com Promo Code: Fatherhood Save Up To 66% Off 1-800-875-0219 More Ways To Listen - https://linktr.ee/alec_lace First Class Fatherhood Merch - https://shop.spreadshirt.com/first-class-fatherhood-/we+are+not+babysitters-A5d09ea872051763ad613ec8e?productType=812&sellable=3017x1aBoNI8jJe83pw5-812-7&appearance=1 Follow me on instagram - https://instagram.com/alec_lace?igshid=ebfecg0yvbap For information about becoming a Sponsor of First Class Fatherhood please hit me with an email: FirstClassFatherhood@gmail.com --- Support this podcast: https://anchor.fm/alec-lace/support