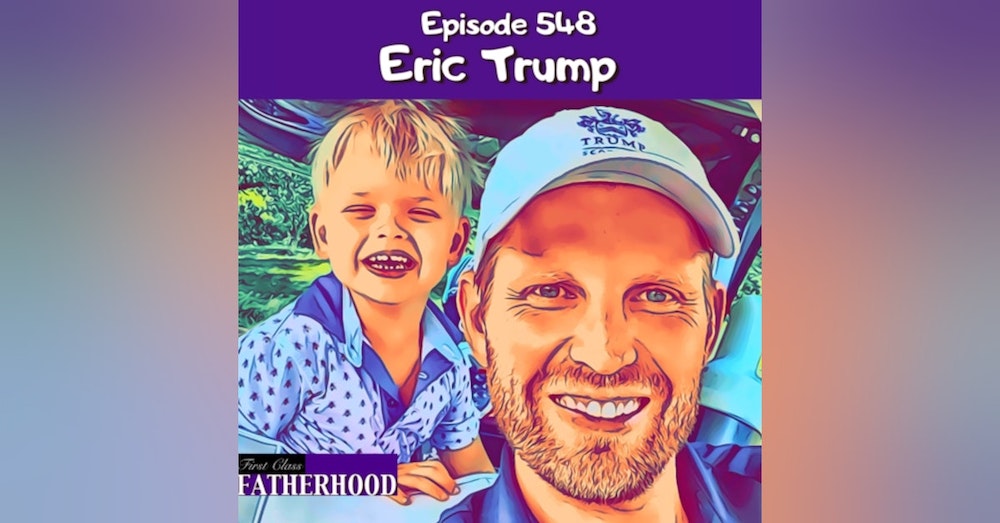 Episode 548 Eric Trump is a First Class Father and Executive Vice President of the Trump Organization. He is the third child of the 45th President of the United States of America, Donald Trump. Both of Eric’s children were born while his father was President. I last spoke with Eric on Episode 296 of First Class Fatherhood just before the pandemic began. Eric is an avid outdoorsman who is always posting pictures of fishing with his kids. Eric is a respected authority in the business sector and highly sought after speaker delivering keynote addresses at many high profile real estate and business conferences worldwide. He appeared regularly as an advisor on NBC’s hit television series, “The Celebrity Apprentice.” In this Episode, Eric shares his Fatherhood journey which includes a son and a daughter. He discusses his wife Lara’s potential run for Senator of North Carolina and why they made the family decision to ultimately not run. He describes the relationship his kids have with their cousins, the children of his brother Don Jr and his sister Ivanka. He talks about the trouble with the education system, the mask mandate and vaccines for children. He offers some great advice for new or about to be Dads and more! Subscribe to First Class Fatherhood and watch on YouTube - https://www.youtube.com/channel/UCCD6cjYptutjJWYlM0Kk6cQ?sub_confirmation=1 SPONSORS: DML CBD - https://dmlcbd.com Promo Code: Father SeatGeek - https://seatgeek.com Promo Code: FirstClass Save: $20 off tickets MY PILLOW - https://www.mypillow.com Promo Code: Fatherhood Save Up To 66% Off 1-800-875-0219 More Ways To Listen - https://linktr.ee/alec_lace First Class Fatherhood Merch - https://shop.spreadshirt.com/first-class-fatherhood-/we+are+not+babysitters-A5d09ea872051763ad613ec8e?productType=812&sellable=3017x1aBoNI8jJe83pw5-812-7&appearance=1 Follow me on instagram - https://instagram.com/alec_lace?igshid=ebfecg0yvbap For information about becoming a Sponsor of First Class Fatherhood please hit me with an email: FirstClassFatherhood@gmail.com --- Support this podcast: https://anchor.fm/alec-lace/support