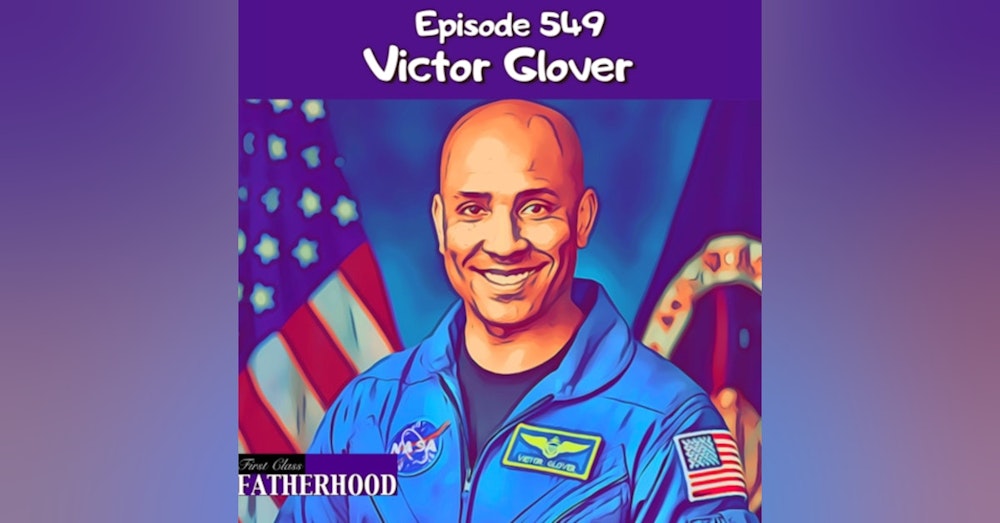 Episode 549 Victor Glover is a First Class Father and NASA Astronaut. Victor was the pilot on the first operational flight of the SpaceX Crew Dragon to the International Space Station. He also flew in space with Expedition 64 and served as a station systems flight engineer. He has spent 167 days in outer space and over 26 hours outside of his spacecraft performing spacewalks. Victor is currently part of NASA's Artemis program which will be sending American Astronauts back to the moon for the first time since the Apollo missions. As a commander in the United States Navy, Victor accumulated 3,000 flight hours in more than 40 aircraft, and has completed over 400 carrier arrested landings and 24 combat missions. In this Episode, Victor shares his fatherhood journey which includes four daughters. He discusses how he prepares as a dad when he is leaving Earth and how his five deployments in the Navy helped him with the process. He describes the values that are important for him to instill in his four girls growing up. He answers a question from my 14 year old son who is fascinated with space. He talks about the Artemis program and the excitement of sending Americans back to the moon. He offers some great advice for new or about to be Dads and more! Subscribe to First Class Fatherhood and watch on YouTube - https://www.youtube.com/channel/UCCD6cjYptutjJWYlM0Kk6cQ?sub_confirmation=1 SPONSORS: SeatGeek - https://seatgeek.com Promo Code: FirstClass Save: $20 off tickets MY PILLOW - https://www.mypillow.com Promo Code: Fatherhood Save Up To 66% Off 1-800-875-0219 More Ways To Listen - https://linktr.ee/alec_lace First Class Fatherhood Merch - https://shop.spreadshirt.com/first-class-fatherhood-/we+are+not+babysitters-A5d09ea872051763ad613ec8e?productType=812&sellable=3017x1aBoNI8jJe83pw5-812-7&appearance=1 Follow me on instagram - https://instagram.com/alec_lace?igshid=ebfecg0yvbap For information about becoming a Sponsor of First Class Fatherhood please hit me with an email: FirstClassFatherhood@gmail.com --- Support this podcast: https://anchor.fm/alec-lace/support