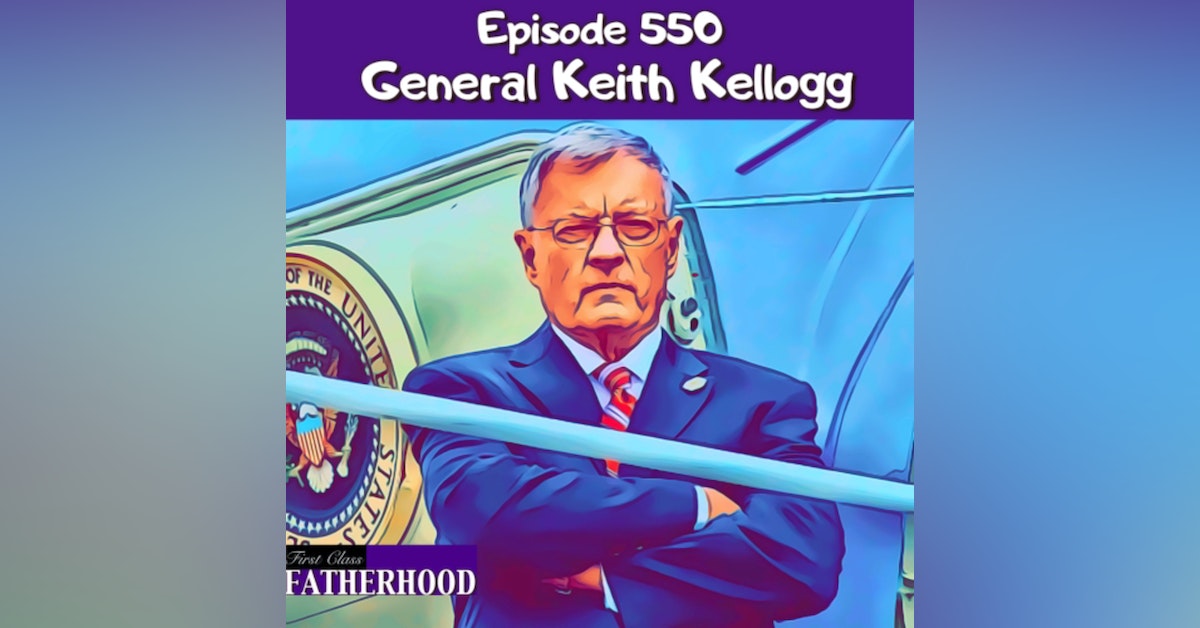 Episode 550 General Keith Kellogg is a First Class Father and former National Security Advisor to Vice President Mike Pence. He is a Retired Army Lieutenant General who has dedicated his life to national service, with tours of duty in Vietnam, Panama, and Iraq, as well as commanding the 82d Airborne Division. Some of his awards and decorations include the Silver Star and Bronze Star for Valor. General Kellogg advised Donald Trump during the 2016 campaign and worked as chief of staff to the National Security Council. He is the author of a new book, “War by Other Means: A General in the Trump White House”. In this Episode, General Kellogg shares his Fatherhood journey which includes three children. He discusses his 41 year marriage to the love of his life. He describes his time in the White House and gives his response to others within the administration who have written salacious books about the President. He talks about his new book, War by Other Means: A General in the Trump White House. He offers some great advice for new or about to be Dads and more! War by Other Means: A General in the Trump White House - https://www.amazon.com/War-Other-Means-General-Trump/dp/1684512468 Subscribe to First Class Fatherhood and watch on YouTube - https://www.youtube.com/channel/UCCD6cjYptutjJWYlM0Kk6cQ?sub_confirmation=1 SPONSORS: SeatGeek - https://seatgeek.com Promo Code: FirstClass Save: $20 off tickets MY PILLOW - https://www.mypillow.com Promo Code: Fatherhood Save Up To 66% Off 1-800-875-0219 More Ways To Listen - https://linktr.ee/alec_lace First Class Fatherhood Merch - https://shop.spreadshirt.com/first-class-fatherhood-/we+are+not+babysitters-A5d09ea872051763ad613ec8e?productType=812&sellable=3017x1aBoNI8jJe83pw5-812-7&appearance=1 Follow me on instagram - https://instagram.com/alec_lace?igshid=ebfecg0yvbap For information about becoming a Sponsor of First Class Fatherhood please hit me with an email: FirstClassFatherhood@gmail.com --- Support this podcast: https://anchor.fm/alec-lace/support