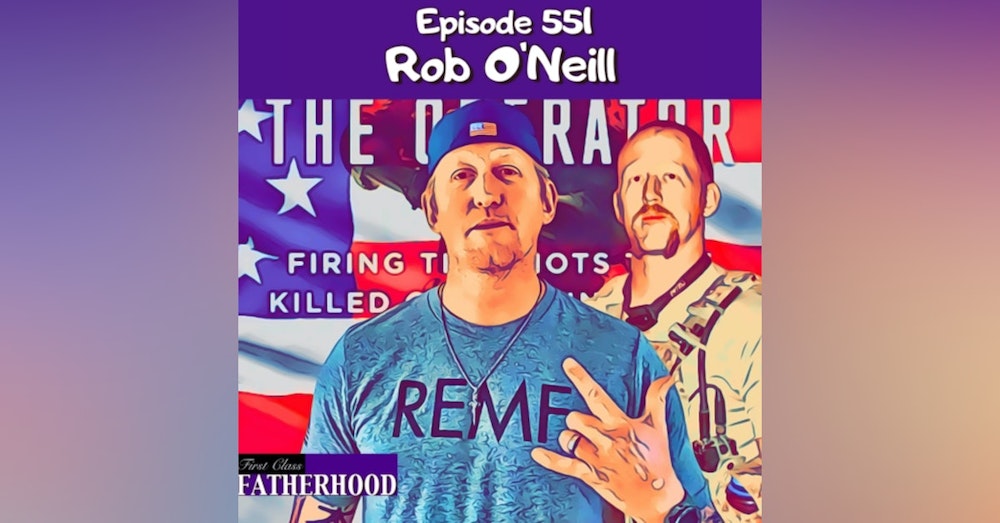 Episode 551 Rob O’Neill is a First Class Father and Navy SEAL who killed Osama bin Laden. Rob served with the elite Naval Special Warfare unit known as DEVGRU or SEAL Team Six. He deployed more than a dozen times and participated in over 400 combat missions. Some of the most notable missions include the mission to save Captain Richard Phillips (Who I interviewed on Episode 353) and the rescue mission to save Marcus Luttrell (Who I interviewed on Episode 128). Some of his more than 52 decorations include two Silver Stars, four Bronze Star Medals with Valor device and a Joint Service Commendation Medal with Valor device. Rob is also the New York Times Bestselling Author of THE OPERATOR. This is Rob’s second interview on First Class Fatherhood (First interviewed on Episode 54). In this Episode, due to less security restrictions, Rob is able to get more candid about his Fatherhood journey which includes three daughters. He describes their sense of humor and the differences in their personalities. He discusses some current events such as the Alec Baldwin incident and how the mandates are affecting the SEAL Teams. He talks about the importance of spending one on one time with his girls. He mentions an upcoming book he’s working on with Dakota Meyer ( Who I interviewed on Episode 200). He offers some great advice for new or about to be Dads and more! Rob O’Neill - https://rjoapparel.com/ Subscribe to First Class Fatherhood and watch on YouTube - https://www.youtube.com/channel/UCCD6cjYptutjJWYlM0Kk6cQ?sub_confirmation=1 SPONSORS: SeatGeek - https://seatgeek.com Promo Code: FirstClass Save: $20 off tickets MY PILLOW - https://www.mypillow.com Promo Code: Fatherhood Save Up To 66% Off 1-800-875-0219 More Ways To Listen - https://linktr.ee/alec_lace First Class Fatherhood Merch - https://shop.spreadshirt.com/first-class-fatherhood-/we+are+not+babysitters-A5d09ea872051763ad613ec8e?productType=812&sellable=3017x1aBoNI8jJe83pw5-812-7&appearance=1 Follow me on instagram - https://instagram.com/alec_lace?igshid=ebfecg0yvbap For information about becoming a Sponsor of First Class Fatherhood please hit me with an email: FirstClassFatherhood@gmail.com --- Support this podcast: https://anchor.fm/alec-lace/support