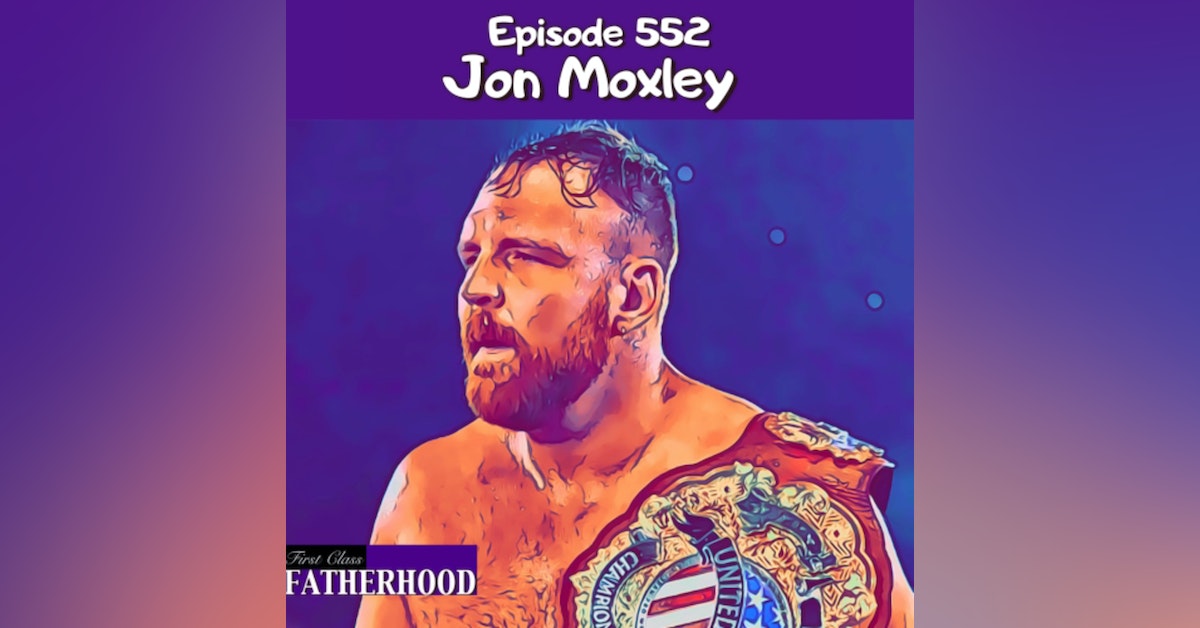 Episode 552 JON Moxley is a First Class Father and World Champion Professional Wrestler. Mox previously wrestled in the WWE under the ring name Dean Ambrose where he was a member of The Shield alongside Roman Reigns and Seth Rollins. He became the WWE’s longest reigning Champion before switching over to AEW and wrestling under the name Jon Moxley. He won the AEW World Championship in 2020. Overall, Moxley is an eight-time world champion in wrestling. Mox won the Pro Wrestling Illustrated award for Most Popular Wrestler of the Year in 2014 and 2015, and was named Wrestler of the Year by Sports Illustrated in 2019. He was also ranked #1 by Pro Wrestling Illustrated’s list of the top 500 wrestlers in the world in 2020. He is the author of a new book MOX which details his troubled childhood and rise through the professional wrestling ranks. In this Episode, Mox shares his Fatherhood journey which includes a four month old daughter. He discusses his estranged relationship with his father and how his perspective about his dad changed once he became a dad himself. He explains the joy of watching his wife, Renee, become a mom. He describes the joy of being a new dad and how he and wrestling legend EDGE (Guest on Episode 294) spend time swapping baby photos. He talks about his new book MOX. He offers some great advice for new or about to be Dads and more! MOX - https://www.amazon.com/MOX-Jon-Moxley/dp/163758038X Subscribe to First Class Fatherhood and watch on YouTube - https://www.youtube.com/channel/UCCD6cjYptutjJWYlM0Kk6cQ?sub_confirmation=1 SPONSORS: SeatGeek - https://seatgeek.com Promo Code: FirstClass Save: $20 off tickets MY PILLOW - https://www.mypillow.com Promo Code: Fatherhood Save Up To 66% Off 1-800-875-0219 More Ways To Listen - https://linktr.ee/alec_lace First Class Fatherhood Merch - https://shop.spreadshirt.com/first-class-fatherhood-/we+are+not+babysitters-A5d09ea872051763ad613ec8e?productType=812&sellable=3017x1aBoNI8jJe83pw5-812-7&appearance=1 Follow me on instagram - https://instagram.com/alec_lace?igshid=ebfecg0yvbap For information about becoming a Sponsor of First Class Fatherhood please hit me with an email: FirstClassFatherhood@gmail.com --- Support this podcast: https://anchor.fm/alec-lace/support