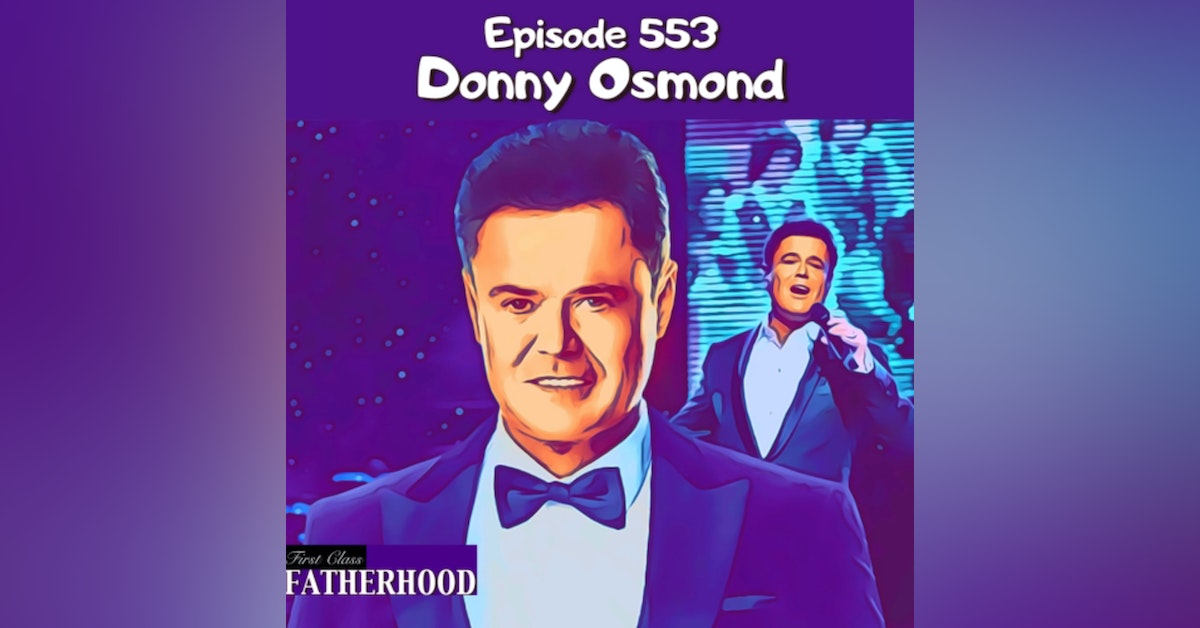 Episode 553 Donny Osmond is a First Class Father and Legendary Singer, Dancer, Actor, Entertainer and former Teen Idol. Throughout his illustrious career, Donny has earned 33 gold records, selling over 100 million albums and becoming a worldwide music legend. He has made history by celebrating almost 6 decades in show business. Donny first gained fame performing with four of his elder brothers as the Osmonds, earning several top ten hits and gold albums. He then began a solo career, earning several additional top ten songs. He starred alongside his sister in the popular variety show, Donny & Marie. In 2009 he was crowned the winner of Dancing With The Stars. He was runner-up in the First season of The Masked Singer in which he performed as the Peacock. Donny is currently performing shows at Harrah’s Las Vegas. In this Episode, Donny shares his Fatherhood journey which includes five sons. He discusses the most important values he hopes to instill in his sons growing up. He describes his kids reaction to his performance and Dancing with the Stars and what his oldest son said to him that helped him win the championship. He talks about his current residency at Harrah’s Las Vegas and why his show is different every night. He offers some great advice for new or about to be Dads and more! Donny Osmond at Harrah’s - https://www.caesars.com/harrahs-las-vegas/shows/donny-osmond Subscribe to First Class Fatherhood and watch on YouTube - https://www.youtube.com/channel/UCCD6cjYptutjJWYlM0Kk6cQ?sub_confirmation=1 SPONSORS: SeatGeek - https://seatgeek.com Promo Code: FirstClass Save: $20 off tickets MY PILLOW - https://www.mypillow.com Promo Code: Fatherhood Save Up To 66% Off 1-800-875-0219 More Ways To Listen - https://linktr.ee/alec_lace First Class Fatherhood Merch - https://shop.spreadshirt.com/first-class-fatherhood-/we+are+not+babysitters-A5d09ea872051763ad613ec8e?productType=812&sellable=3017x1aBoNI8jJe83pw5-812-7&appearance=1 Follow me on instagram - https://instagram.com/alec_lace?igshid=ebfecg0yvbap For information about becoming a Sponsor of First Class Fatherhood please hit me with an email: FirstClassFatherhood@gmail.com --- Support this podcast: https://anchor.fm/alec-lace/support