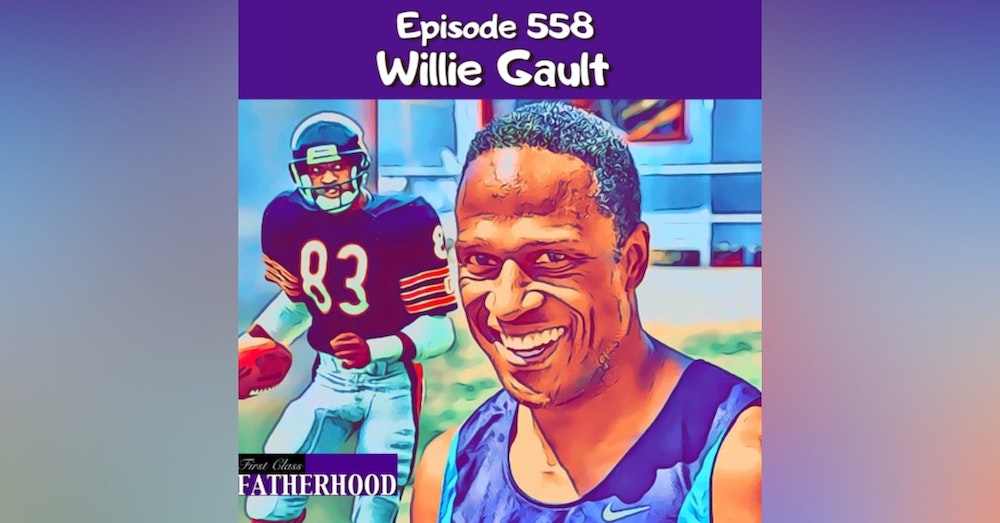 Episode 558 Willie Gault is a First Class Father and NFL Legend. He was one of the fastest players in NFL history and was also a member of the U.S. Olympic team that boycotted the 1980 Olympics. Willie played his college football at Tennessee before being drafted with the 18th pick of the first round by the Chicago Bears in the 1983 NFL Draft. He was an integral part of the 1985 Bears team which was one of the most dominating NFL teams of all time and winners of Super Bowl XX. That year, Willie led the team in receiving yards and had a game-leading 129 yards in the Super Bowl. He finished his NFL career with the Los Angeles Raiders. After his retirement from the NFL Willie returned to the track and competed in Masters athletics where he set a number of World Records and was inducted into the USATF Masters Hall of Fame. He was also inducted into the Tennessee Sports Hall of Fame. In this Episode, Willie shares his Fatherhood journey which includes a son and a daughter. He discusses the importance of teaching his kids the value of being a leader. He describes the process and path kids must follow if they are hoping to take their talents to the next level in sports. He talks about how the 1985 Bears would’ve handled the Social Media era of today. He offers some great advice for new or about to be Dads and more! Subscribe to First Class Fatherhood and watch on YouTube - https://www.youtube.com/channel/UCCD6cjYptutjJWYlM0Kk6cQ?sub_confirmation=1 SPONSORS: SeatGeek - https://seatgeek.com Promo Code: FirstClass Save: $20 off tickets MY PILLOW - https://www.mypillow.com Promo Code: Fatherhood Save Up To 66% Off 1-800-875-0219 More Ways To Listen - https://linktr.ee/alec_lace Follow me on instagram - https://instagram.com/alec_lace?igshid=ebfecg0yvbap For information about becoming a Sponsor of First Class Fatherhood please hit me with an email: FirstClassFatherhood@gmail.com --- Support this podcast: https://anchor.fm/alec-lace/support