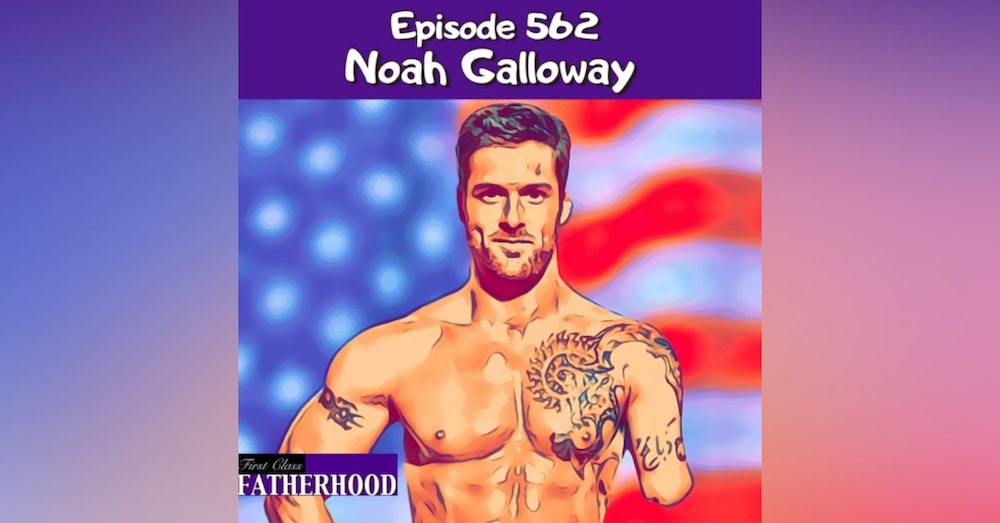 Episode 562 Noah Galloway is a First Class Father and Combat Veteran and Purple Heart recipient who joined the United States Army after the attacks on 9/11. On December 19, 2005, during his second deployment, he was severely injured in an IED attack in Yusufiah, Iraq. As a result, Noah lost his left leg above the knee and his left arm above the elbow. “No Excuses,” became his mantra as he rose out of a post-traumatic depression via his reinvigorating passion for fitness. He would become the first veteran and amputee to be featured on the cover of Men’s Health magazine. Noah also became a finalist on the hit ABC show “Dancing with the Stars” and would win the debut season of FOX’s “American Grit”. He is currently a motivational speaker who shares his story to encourage audiences to embrace the “No Excuses” lifestyle on their way to an enhanced mental and physical wellness. In this Episode, Noah shares his Fatherhood journey which includes three children. He discusses his new marriage and when he felt comfortable enough to introduce his kids to his now wife. He describes his co-parenting situation and gives advice for other divorced dads. He talks about his experience on Dancing With The Stars. He shares his thoughts on how he would feel if his kids joined the military and gives some words of wisdom for parents of kids who are going to join. He offers some great advice for new or about to be Dads and more! NO EXCUSES CHARITABLE FUND - https://noahgalloway.com/charity/ Subscribe to First Class Fatherhood and watch on YouTube - https://www.youtube.com/channel/UCCD6cjYptutjJWYlM0Kk6cQ?sub_confirmation=1 SPONSORS: SeatGeek - https://seatgeek.com Promo Code: FirstClass Save: $20 off tickets MY PILLOW - https://www.mypillow.com Promo Code: Fatherhood Save Up To 66% Off 1-800-875-0219 More Ways To Listen - https://linktr.ee/alec_lace Follow me on instagram - https://instagram.com/alec_lace?igshid=ebfecg0yvbap For information about becoming a Sponsor of First Class Fatherhood please hit me with an email: FirstClassFatherhood@gmail.com --- Support this podcast: https://anchor.fm/alec-lace/support