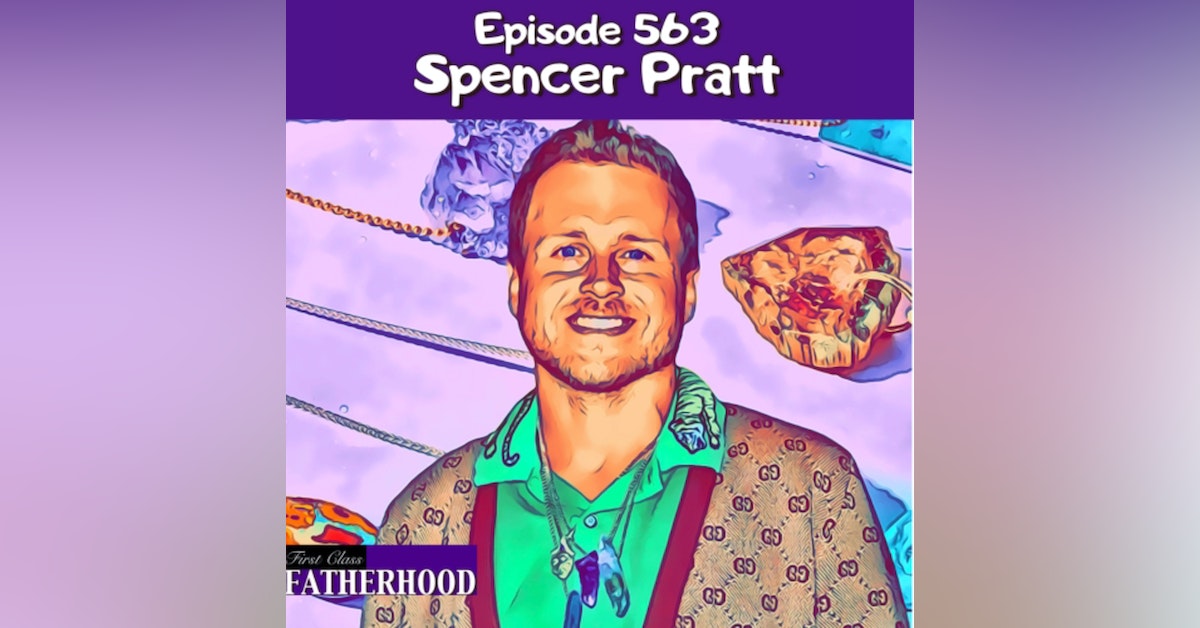 Episode 563 Spencer Pratt is a First Class Father and Reality TV Star. He is well known for being a cast member of “The Hills” along with his wife Heidi Montag. He first appeared on television in 2005 in the reality series “The Princes of Malibu” before being a featured cast member of MTV’s The Hills from 2007 - 2010. Spencer and Heidi competed as housemates on the eleventh series of the British version of “Celebrity Big Brother” in 2014 and again in 2017. He currently stars in “The Hills: New Beginnings” with Heidi. Spencer is also an entrepreneur who founded PrattDaddy.com where he sells gems and stones as bracelets, necklaces and more. In this Episode, Spencer shares his Fatherhood journey which includes a four year old son. He describes how becoming a father has drastically changed his perspective on life. He discusses the difficulty that he and Heidi are having with trying to have a second child. He talks about the joy of watching Heidi become a mom. He offers some great advice for new or about to be Dads and more! Spencer Pratt - https://prattdaddy.com Subscribe to First Class Fatherhood and watch on YouTube - https://www.youtube.com/channel/UCCD6cjYptutjJWYlM0Kk6cQ?sub_confirmation=1 SPONSORS: SeatGeek - https://seatgeek.com Promo Code: FirstClass Save: $20 off tickets MY PILLOW - https://www.mypillow.com Promo Code: Fatherhood Save Up To 66% Off 1-800-875-0219 More Ways To Listen - https://linktr.ee/alec_lace Follow me on instagram - https://instagram.com/alec_lace?igshid=ebfecg0yvbap For information about becoming a Sponsor of First Class Fatherhood please hit me with an email: FirstClassFatherhood@gmail.com --- Support this podcast: https://anchor.fm/alec-lace/support