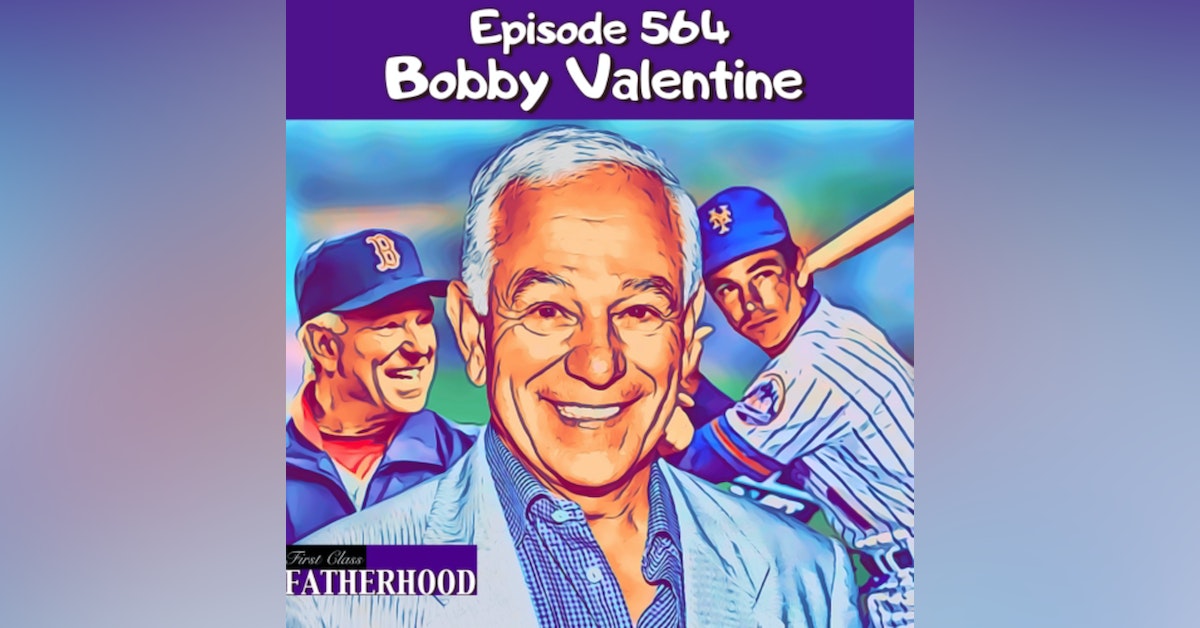 Episode 564 Bobby Valentine is a First Class Father and MLB Legend. Bobby Valentine was the fifth player chosen in the 1968 draft by the Los Angeles Dodgers, but his major league playing career was cut short by a broken leg several years later. He began his managerial career in 1985 with the Texas Rangers, before going on to manage the Chiba Lotte Marines; the New York Mets, whom he took to the 2000 World Series; and the Boston Red Sox. A second stint with the Marines resulted in the team winning the Japan Series and Asia Series in 2005. In 2002, he was awarded the Branch Rickey Award for his donations to and personal work with survivors of the 9/11 attacks. In 2018, the Emperor of Japan bestowed upon him the Order of the Rising Sun. He has also worked as an analyst for ESPN. Currently, he is the executive director of athletics at Sacred Heart University, the proprietor of the Bobby Valentine Sports Academy, and an owner of Makuhari Media, a company that produces sports documentaries. He was raised and resides in Stamford, Connecticut where he was named Citizen of the Year in 2011. In this Episode, Bobby shares his Fatherhood journey which includes a 38 year old son. He discusses a parenting request made by Nolan Ryan that was a make or break deal for him to consider what team he would pitch for. He describes the challenges of changing teams while raising his son. He talks about his new book, Valentine's Way: My Adventurous Life and Times. He offers some great advice for new or about to be Dads and more. Valentine's Way: My Adventurous Life and Times - https://www.amazon.com/Valentines-Way-Adventurous-Life-Times/dp/1637580940/ref=mp_s_a_1_3?crid=3RZU5I57HBPFH&keywords=bobby+valentine+book&qid=1638767654&sprefix=bobby+val%2Caps%2C103&sr=8-3 Subscribe to First Class Fatherhood and watch on YouTube - https://www.youtube.com/channel/UCCD6cjYptutjJWYlM0Kk6cQ?sub_confirmation=1 SPONSORS: SeatGeek - https://seatgeek.com Promo Code: FirstClass Save: $20 off tickets MY PILLOW - https://www.mypillow.com Promo Code: Fatherhood Save Up To 66% Off 1-800-875-0219 More Ways To Listen - https://linktr.ee/alec_lace Follow me on instagram - https://instagram.com/alec_lace?igshid=ebfecg0yvbap For information about becoming a Sponsor of First Class Fatherhood please hit me with an email: FirstClassFatherhood@gmail.com --- Support this podcast: https://anchor.fm/alec-lace/support