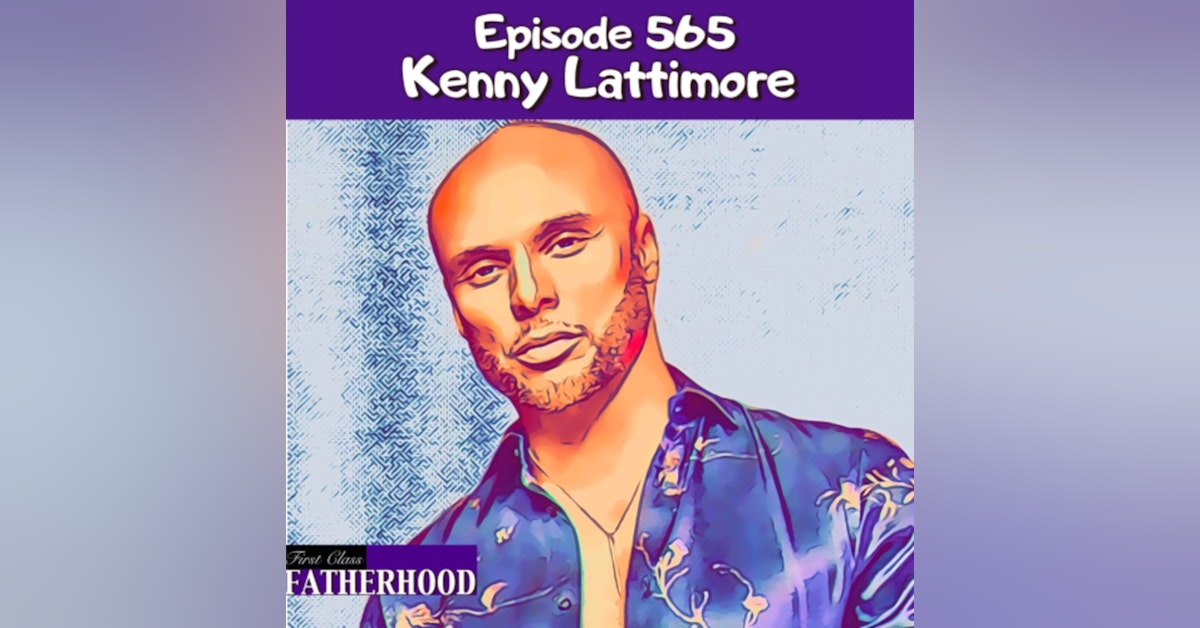 Episode 565 Kenny Lattimore is a First Class Father and Grammy Nominated R&B Singer-Songwriter. His debut album, Kenny Lattimore, was released on Columbia Records in 1996. That set included a pair of Top 20 hits: "Never Too Busy" and the Grammy-nominated "For You". The album earned Lattimore a win for Best New Artist at the NAACP Image Awards. He has been hailed by the New York Times as a “modern soul man,” and released three successful records through his independent label SincereSoul: Anatomy of a Love Song (2015), A Kenny Lattimore Christmas (2016), and Vulnerable (2017). He has a new album available now, “Here to Stay” which has produced the chart-climbing single “Pressure”. I’m this Episode, Kenny shares his Fatherhood journey which includes an 18 year old son. He discusses the values he received from his father which he hopes to instill in his son. He describes his co-parenting philosophy after going through a difficult divorce and gives advice for dads facing a similar situation. He talks about the music industry and gives advice for aspiring artists. He tells us about his new album HERE TO STAY. He offers some great advice for new or about to be Dads and more! Kenny Lattimore - https://www.kennylattimore.com Subscribe to First Class Fatherhood and watch on YouTube - https://www.youtube.com/channel/UCCD6cjYptutjJWYlM0Kk6cQ?sub_confirmation=1 SPONSORS: SeatGeek - https://seatgeek.com Promo Code: FirstClass Save: $20 off tickets MY PILLOW - https://www.mypillow.com Promo Code: Fatherhood Save Up To 66% Off 1-800-875-0219 More Ways To Listen - https://linktr.ee/alec_lace Follow me on instagram - https://instagram.com/alec_lace?igshid=ebfecg0yvbap For information about becoming a Sponsor of First Class Fatherhood please hit me with an email: FirstClassFatherhood@gmail.com --- Support this podcast: https://anchor.fm/alec-lace/support