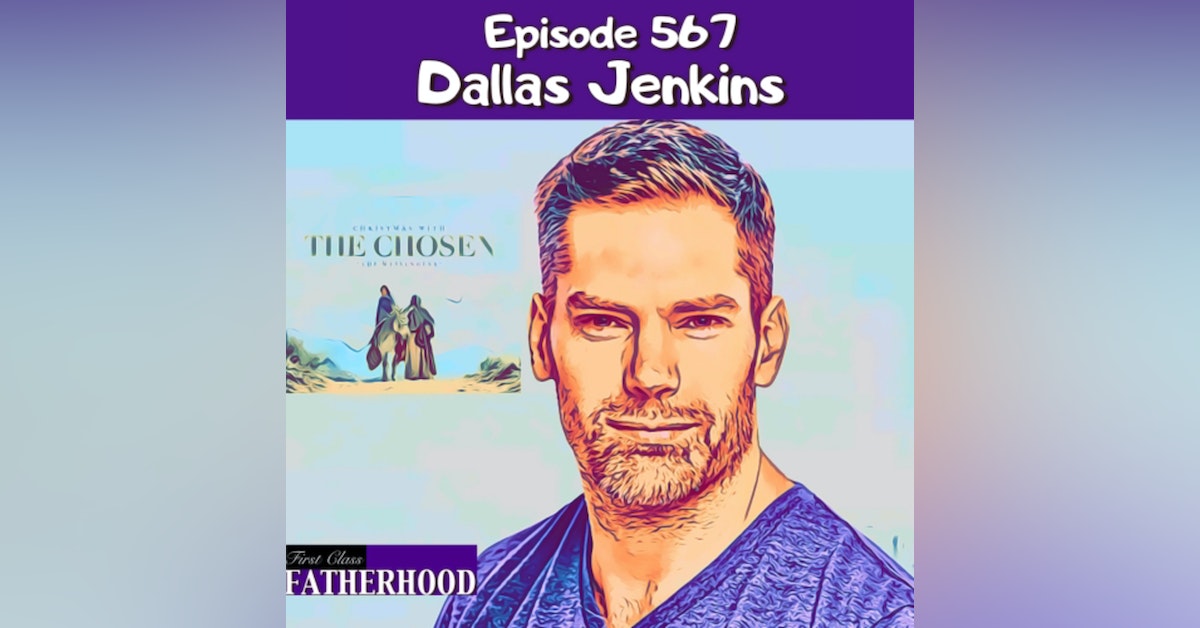 Episode 567 Dallas Jenkins is a First Class Father, Director, Writer and Creator of THE CHOSEN. THE CHOSEN is an exploration of the life of Jesus Christ through the perspective of those that interacted with him. It is the first multi-season series about the life of Jesus, and the most successful media crowd-fund of all time. The series portrays Jesus "through the eyes of those who met him". The series has its own App which has been downloaded millions of times and the series is absolutely free for everyone to watch. Dallas’ First Class Father is Jerry B. Jenkins, a Christian novelist best known for the Left Behind series, one of the highest selling book series of all time, selling over 60 million copies. THE CHOSEN has a Christmas Special now playing in theaters throughout December titled, Christmas with The Chosen: The Messengers. In this Episode, Dallas shares his Fatherhood journey which includes four children. He discusses THE CHOSEN and the feedback he’s received from the series. He answers a couple of questions about THE CHOSEN from my pastor Father Jeff. He talks about the Fatherless Crisis and the need for more positive Father figures. He describes philosophy as it applies to his kids dating and why he takes a different approach. He offers some great advice for new or about to be Dads and more! Christmas with The Chosen: The Messengers - https://www.peoplemustknow.thechosen.tv Subscribe to First Class Fatherhood and watch on YouTube - https://www.youtube.com/channel/UCCD6cjYptutjJWYlM0Kk6cQ?sub_confirmation=1 SPONSORS: SeatGeek - https://seatgeek.com Promo Code: FirstClass Save: $20 off tickets MY PILLOW - https://www.mypillow.com Promo Code: Fatherhood Save Up To 66% Off 1-800-875-0219 More Ways To Listen - https://linktr.ee/alec_lace Follow me on instagram - https://instagram.com/alec_lace?igshid=ebfecg0yvbap For information about becoming a Sponsor of First Class Fatherhood please hit me with an email: FirstClassFatherhood@gmail.com --- Support this podcast: https://anchor.fm/alec-lace/support