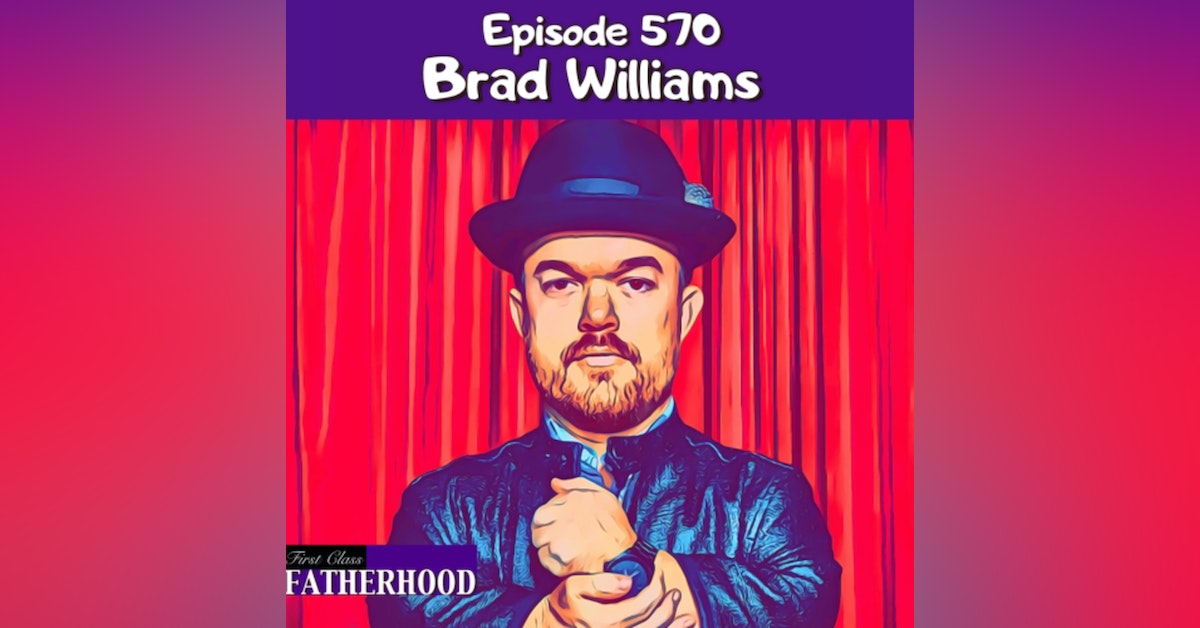 Episode 570 Brad Williams is a First Class Father and Stand-up Comedian. Brad has become one of the funniest, most in-demand comedians working today. He has appeared on numerous TV shows including the Tonight Show & Jimmy Kimmel Live. His one hour comedy special “Fun Size” was the highest rated comedy special on Showtime in the year 2015. A year later, he followed it up with a 2nd special called “Daddy Issues,” its airing prompted the New York Times to write “no one is doing it more hilariously than Brad Williams.” Brad’s show is high energy. Robin Williams called him “Prozac with a head.” Brad’s ability to make humorous observations on disability, relationships, sex, and race are winning over audiences and proving anyone can overcome their shortcomings. In this Episode, Brad shares his Fatherhood journey which includes a 23-month old daughter. He discusses the cancel-culture facing comedians today and how he approaches it. He describes some of his parenting fears as a Little Person Dad. He talks about some of the challenges growing up as a Little Person and why his daughter will be well equipped to handle herself. He tells us about his plans for 2022. He offers some great advice for new or about to be Dads and more! Brad Williams - https://www.bradwilliamscomedy.com Subscribe to First Class Fatherhood and watch on YouTube - https://www.youtube.com/channel/UCCD6cjYptutjJWYlM0Kk6cQ?sub_confirmation=1 SPONSORS: SeatGeek - https://seatgeek.com Promo Code: FirstClass Save: $20 off tickets MY PILLOW - https://www.mypillow.com Promo Code: Fatherhood Save Up To 66% Off 1-800-875-0219 More Ways To Listen - https://linktr.ee/alec_lace Follow me on instagram - https://instagram.com/alec_lace?igshid=ebfecg0yvbap For information about becoming a Sponsor of First Class Fatherhood please hit me with an email: FirstClassFatherhood@gmail.com --- Support this podcast: https://anchor.fm/alec-lace/support